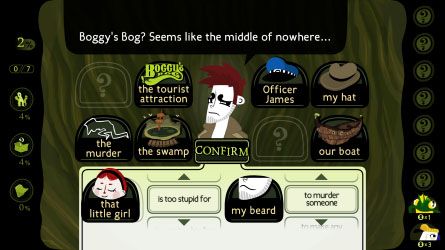 Detective Grimoire has been called to investigate a murder. The owner of a small tourist attraction, found deep within the heart of the marshes, seemingly killed by the very mythical creature his attraction is based around… Explore the surrounding area, inspect the scene of the crime, grill the suspects, solve puzzles, search for clues and uncover the secret of the swamp! 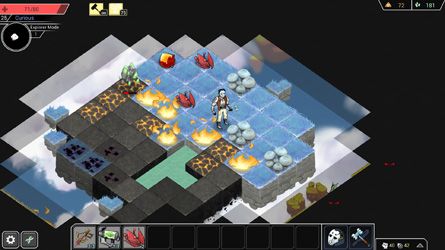 Explore a dangerous planet that’s different every time and try to survive. The Galactic Union’s job for you is clear: research the wildlife, dead or alive — punching aliens for science! Earn your pay as a scientist in Explorer Mode, a Daily Challenge, or three crazy-hard scenarios. In-between missions, use scrap metal you’ve collected to upgrade your stats and class abilities. 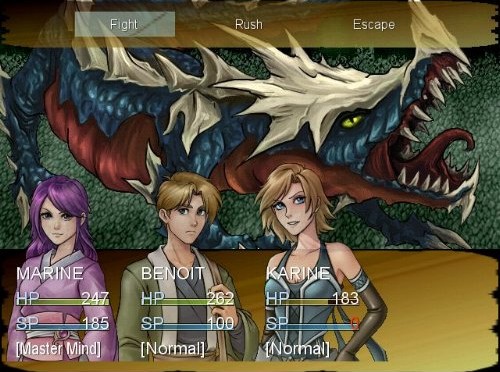 Join Marine in this fantastic RPG featuring 40 quests, 36 secret places, gorgeous musics and enchanting graphics! Millennium: A New Hope was voted “RPG of the Year” by RPGFan, so if you like games like Final Fantasy, Chrono Trigger, and Dragon Quest, you are going to love Millennium!

Tales Of Aravorn: Seasons Of The Wolf 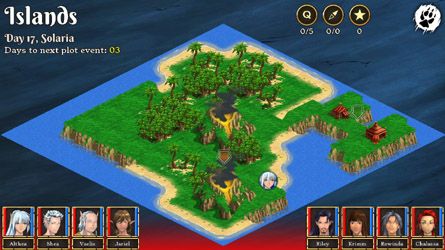 In this role-playing game, set in the same fantasy world as the award-winning Loren the Amazon princess, you’ll play as Shea or Althea, twins from the far-away village Ninim. In just the course of one year, you will experience many storylines and sidequests; situations and events where your own choices influence the very end of the game. The twins’ tale starts on a day like many others, when one of the siblings finds a young wolf and decides to take it with him/her. Thus begins the long journey which will take the siblings from the ice-shrouded Ninim to the desert-wrapped city of Dingirra to the storm-shrouded port of Shacklesplit. 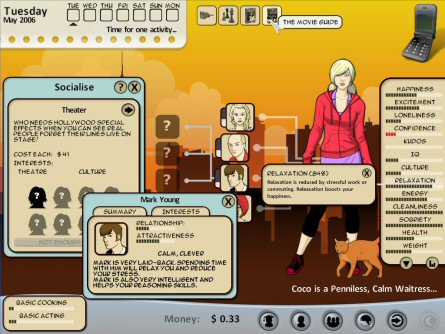 Kudos 2 is a strategy game based around day-to-day life. How would you live your life if you could only make one decision a day? Would you socialise with friends tonight? or just watch TV? would you ever get fit? get a better job? meet the person of your dreams? Kudos 2 is like no other strategy or sim game you have ever played. Will you turn out as a popular, happy, published novelist, a wealthy sports-car owning famous musician, or just an overweight, penniless, alcoholic, lonely dog-owner who flips burgers for a living?

Frayed Knights: The Skull of S’makh-Daon 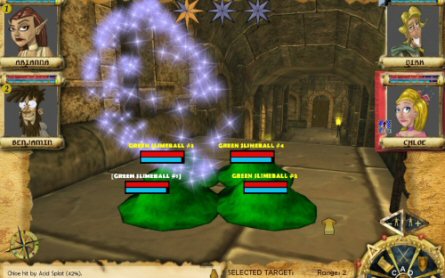 A 3D RPG in the old school tradition, but with its tongue planted firmly in its cheek, Frayed Knights: The Skull of S’makh-Daon features turn-based combat, tons of spells, items, and skill, and a party of four misfit, snarky adventurers. As seasoned heroes and veteran adventurers fall to an unknown, rising evil, perhaps this bunch of losers – called “The Frayed Knights” (but never to their faces) – might just be the heroes the world really needs: The wrong people at the wrong time. 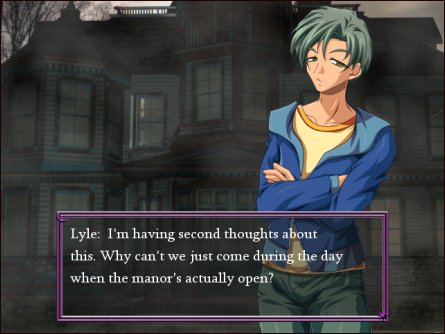 Delilah and her friend Lyle grow worried after their fellow student fails to return in time for their graduation ceremony. Their friend Trent had left after finals to investigate a number of recent ghost sightings in Slate Rock, but failed to show up for graduation. After no clues show up during a forensic investigation a few weeks later, Trent becomes classified as missing, and Lyle and Delilah decide to conduct an investigation of their own. 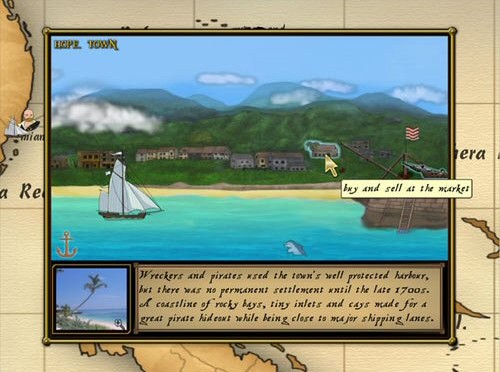 Captain your very own pirate ship on a Caribbean voyage. Use your word skills while fighting pirates, Arrr! As runaway pirate, Captain Lucy, you must embark on an adventure throughout the Caribbean to restore your father’s name. Earn a reputation as a fearsome pirate with a mighty ship to command. Defeat your enemies and learn to talk like a pirate, Arrr! 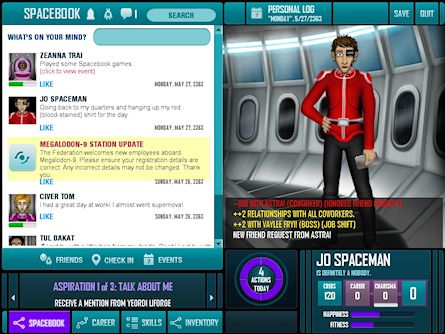 Redshirt is the comedy sci-fi sim about social networking aboard a space station, starring the station’s most ambitious low-ranking peon: you! Navigate the professional and interpersonal politics of the ubiquitous “Spacebook” to curry favor among friends and colleagues. As intense intergalactic conflict rages around you, it’s up to you to accrue those all-important “likes” on your status updates! Whether you’re looking for love, opportunities for promotion, or even a chance to play Zero-G golf with the captain, you can schmooze your way through social circles and claw your way up the career ladder. 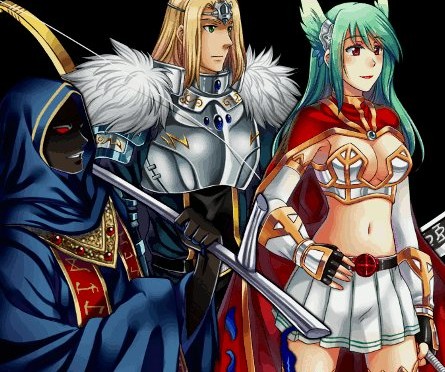 What kind of danger can a mother face to rescue her child?Moonchild is a unique and stand-alone adventure featuring 9 characters, plenty of sidequests and countless items and spells.Play as Queen Calypso and her friends going after Calypso’s abducted child and trying to figure out what happened… and why. Can you solve the mystery and rescue Moonchild? Play the game and find out! “Whether you’re a retro enthusiast or just someone in the market for a good RPG, there’s a good chance Moonchild will satisfy the itch” – Dant Rambo, Gamezebo (4/5) 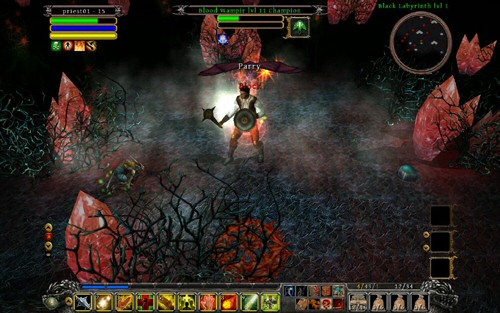 Din’s Curse is an action RPG with multiplayer, 141 class combinations, infinite number of dynamically generated towns, real consequences, and a dynamic, evolving world.Din, champion of the gods, has cursed you into a second life of service because you selfishly squandered your first one while causing misfortune to those around you. Travel the plains of Aleria and save desperate towns from the brink of annihilation. Until you’re redeemed, you’re doomed to wander the earth alone for all eternity. 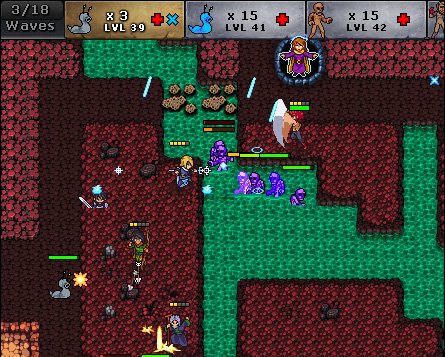 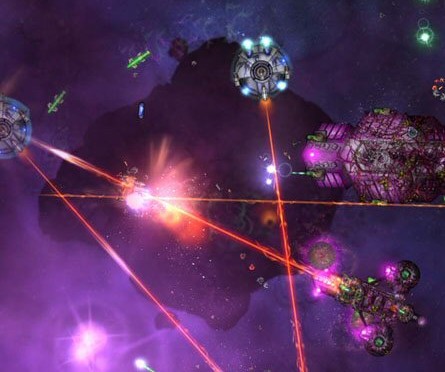 Space Pirates and Zombies is a top down space shooter with deep RPG and Strategy components. We take concepts from the good old days of PC gaming and mash them together into something new. SPAZ was built in response to games of its ilk disappearing from the marketplace over the last ten years. If you likes games like Star Control 2, Diablo, Master of Orion and Mechwarrior 2, you will rekindle some fond memories playing SPAZ. 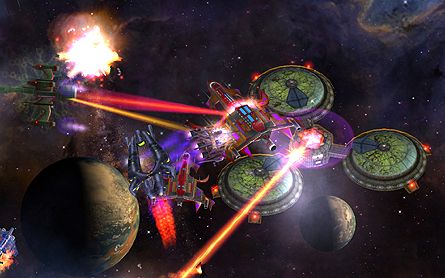 Drox Operative is a starship action RPG with warring alien races, fierce space battles, a dynamic, evolving galaxy, and co-op multiplayer for Windows, Mac, and Linux. Eons ago the Drox ruled the galaxy through their mighty Operatives. These
elite starship captains were trained to accomplish the impossible at whatever cost necessary. Whether employing stealth or brute force, they were always deadly. Using these Operatives, the Drox built a starlane system for quick travel amongst the stars, colonized and conquered millions of planets, and ruled the galaxy with an iron grip for over 100,000 years. Eventually realizing their Operatives were a threat, they attempted to assassinate all of them. They failed. The following Galactic Civil War was devastating. 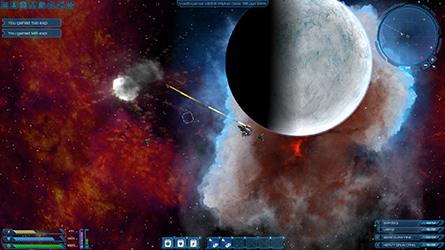 VoidExpanse is an open-world, science fiction action-RPG set in space.Explore the vast, open reaches of the VoidExpanse, mine asteroids for valuable resources, trade with space stations and merchants to improve your ship or complete quests, advance your character with skills from diverse skill-trees, survive fast-paced combat with hostile aliens and mercenaries and explore the many features that make VoidExpanse an exciting sci-fi universe! 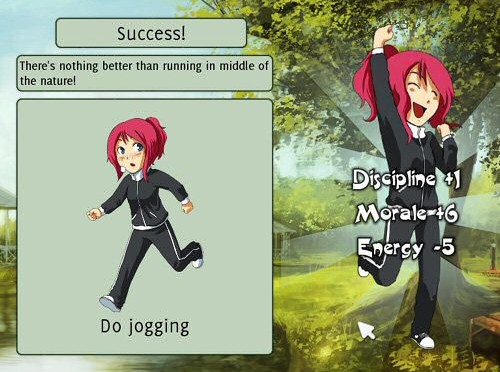 Amy is desperate! Her boyfriend Aaron doesn’t remember her anymore after a car accident! Will you be able to make him remember again? Or perhaps it’s time to move on. Maybe Amy will fall in love with someone else? It’s up to you to decide. Play this life simulation game with dating sim elements and shape Amy’s destiny. Featuring beautiful manga artwork, high replayability, map system, full life simulation game, 9 different endings and original soundtrack. 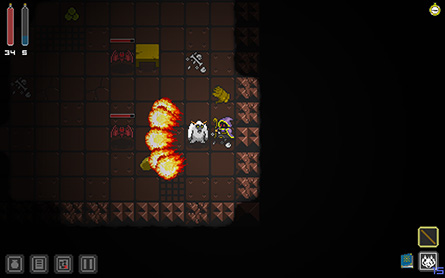 Quest of Dungeons is a turn based roguelike game. An unspecific evil Dark Lord has stolen all the light, so your mission is to enter his lair and defeat him.  The dungeons are procedurally generated so you won’t find items and enemies in the same place each time you play. By playing as either a Warrior, a Wizard, a Assassin or a Shaman you have to traverse dungeons, defeat enemies and loot everything you can in order to survive. You can learn new skills in Tomes you find along the way and buy/sell items at shops.
Website buy 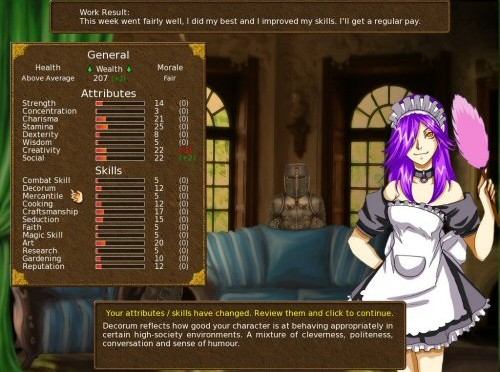 Spirited Heart is a fantasy life simulation game.Create your fantasy alter ego choosing between an apparently normal human, a cute elf and a wicked demoness. Every character has different starting attributes that will greatly influence the gameplay. They also behave differently in the various dialogue choices you’ll encounter during the game.Once the game start you’ll be able to run your life in a virtual fantasy world: choose a job from the 20 different ones available. 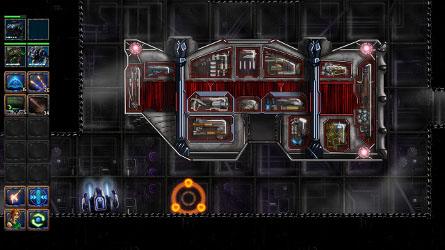 Robot rebellions should be quelled by the best of the best. When the best of the best are killed… it’s up to you. Subdue the uprising in time, or your corporate overlords nuke the city.Bionic Dues is a tactical, turn-based roguelite with mech customization. Guide multiple classes of Exos through a variety of missions filled with enemy robots that are as buggy as they are angry. This is at least as bad as it sounds. Explore for loot, destroy key robotic facilities, and brace yourself for the final attack by your enemies… just as soon as they can pull it together. 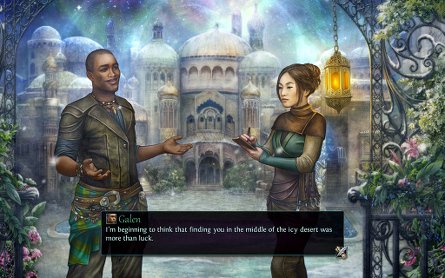 An exotic city in the middle of a frozen wasteland, cut off from the world by raging blizzards. Inhabited only by a small group of misfits, who either can’t or don’t want to leave for the dead winter season. When the local archaeologist goes missing, an ambitious doctor on a contract and a mysterious young woman, who arrived with the last dog sled caravan, start asking questions. What begins as an innocent investigation to pass the time, may end with the cold wasteland finally claiming the proud Jewel of the North.
Website Demo buy
Loading more games...
Tweet
TWEETTHIS
LIKETHIS
REDDIT
GOOGLE
LIKETHIS