Grind and Loathing in Stardew Valley 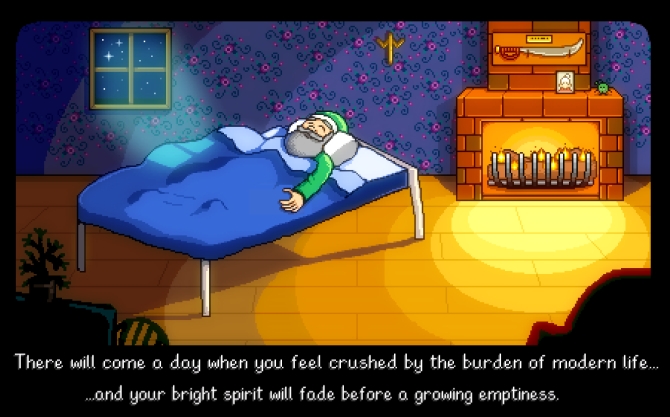 Is nostalgia so all-encompassing in this industry that no game can just be left to die? All of the games of my childhood seem to have clawed their way out of their graves recently. Megaman, Ultima Underworld, Planescape Torment, System Shock… If the original developer doesn’t fancy the legal tribulations of the revival process, then someone else will, and sometimes buy the IP. So we have Beamdog filling in Baldur’s Gate, Gearbox doing Homeworld, Wargaming doing Master of Orion, and Nightdive doing anything that’s left over.

But Stardew Valley is a genre that never died – it’s just one that’s not been on PC. It’s Harvest Moon or Animal Crossing, the farm and community building game, which focuses on the slow expansion of your life in a beautiful, bucolic environment. It’s peaceful whilst simultaneously being a relentless work-like grind. It’s single-player whilst also having a social structure you have to inveigle yourself into. It’s about the idolisation of nature, whilst also being about acquiring as much stuff as possible. And, originally, it was very Japanese. 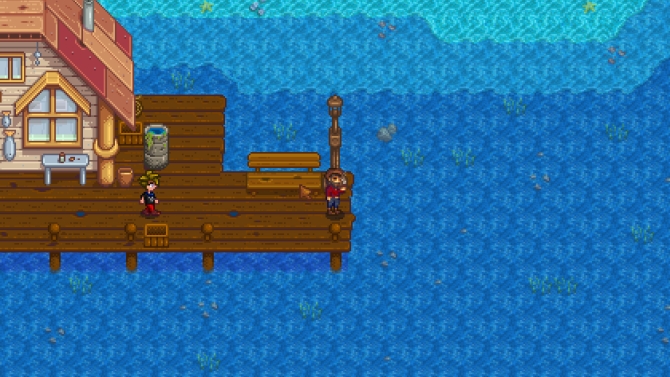 That said, Stardew Valley does Westernise and modernise the concept. For one thing, it’s got traditional game murder in it, as you kill innocent beasties in the town mine. For another, it has homelessness, booze, homosexual relationships, small town depression and all the other joys of modern rural living. It doesn’t shy away from depicting those. It also has a wizard sat on the edge of town, and an amoral corporation on the other side of town, who want to rebuild the town in their image. It’s essentially Harvest Moon seen through a slightly-jaded American lens, making it reminiscent of an unfunny South Park.

For some people that’s what they’ve been waiting years for. The Steam reviews are outrageously happy, with people cheerfully reporting losing weekends to it or failing their exams or having to go to work tired in the morning from playing all night. “I’m so addicted at it now that I don’t want to get up and do household chores” says one slightly-illiterate review.

I’d argue that’s because Stardew Valley provides that clear achievement structure that many modern lives lack – you know what your momentary and long-term goals are (if I water this dirt for six days, I’ll get a parsnip! If I play for three years, Grandpa will come back to life!) and that with hard work you’ll achieve them. That has to be welcome to all those Westerners with the hangover of the puritan work ethic, but whose lives lack achievement. 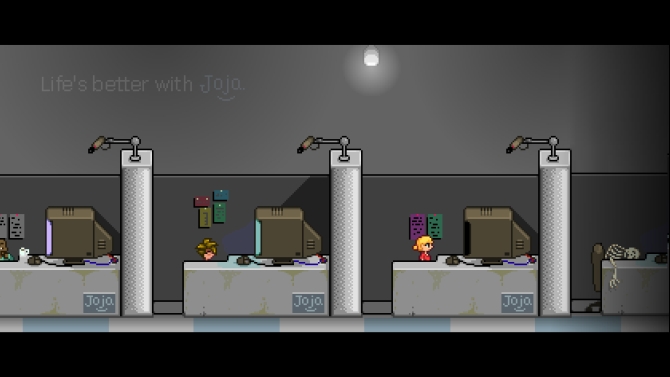 Enough with the troll-y pop psychology. I really don’t know why other people love this game so much – but for me, personally, this type of game has lost much of its appeal. Why would I give up a grindy office job to do a grindy farm job? In real life, there’s nothing particularly ‘authentic’ about the rural life – if anything it’s harder than office work, with longer hours for less pay, and the chance of crippling injury. Woo-hoo!

I mean, I can still appreciate those endearing grindy collect-everything mechanics. But the alternate success structure it offers has lost its interest to me, because I can barely keep up with the real life goals I have. I have a home and a family – I don’t feel the urge to do all that work again in a virtual world I also don’t need to have a token relationship with a very limited character; I already have lots of those on social media. When the day’s done, I want to escape a bit further than a new grind. 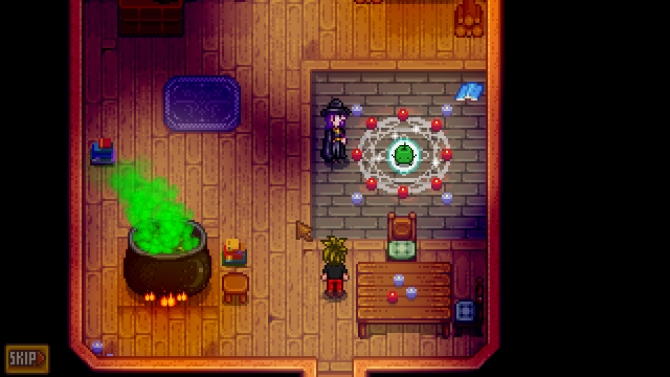 I mean, what did I spend my last in-game hour doing? I woke up at 6a.m. and watered my meagre crops. For all I know, I could be losing money on them, as I’ve no memory of how much their seeds cost, and selling them doesn’t exactly net me millions. I trudged across the entire map to the mine, looking out for interesting plants and excavation points on the way. (I don’t bother with fishing any more). I didn’t see any.

Once in the mine, I started heading down. I managed to destroy my sword by accident (thanks to a marvellous inconsistency where sometimes trashing objects destroys them, sometimes it drops them) so to fight any enemies here means using the scythe – a huge hassle and a big drain on my in- and out-of-game energy. Instead I avoid combat and keep going down until I find the stones I need, and smash them up for ore. Then, when my in-game energy is expended, I head back out, and trudge back home to my unlit farm. Rinse and repeat, with a slight expansion of function hour after hour.

My farm is still the most basic thing. I’ve not even built a chicken coop yet. I’ve seen pictures of what the farm can look like, when you’ve cleared all the ground and can afford a lot more seeds. It looks just like Farmville. Mine has a single scarecrow and about a dozen plants growing. When the morning comes, I don’t want to press the key to get my character out of bed, because it means I have to go through the whole day again. 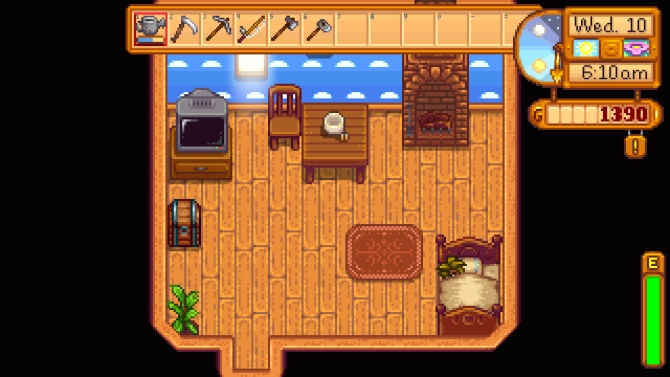 The only thing that attracts me is the weird side of Stardew Valley. The promise from grandad that he’ll return in three years time. The endless dungeons of the mines. The incongruous sewer grate and outflow pipe. The long term plans of the Jojo Corporation. If this was more inspired by Twin Peaks, like Animal Crossing meets Deadly Premonition, I could get behind it – and it may be! I just don’t want to wait three years to find out.

As I said, I can understand why some people want to visit Stardew Valley. It’s a more accurate version of their lives, romanticised without the infantilization of Harvest Moon or Animal Crossing. It’s quite attractive to look at, if you like that 8-bit pixel art look. It’s got a huge depth of (grindy) content. It’s filled a mile-wide niche on Steam. And considering it was a one-man creation, it’s an impressive work. I just need less work in my life, not more, so it’s not for me.