Conditioned response: is the unconscious acceptance of video game violence an artefact of childhood exposure? 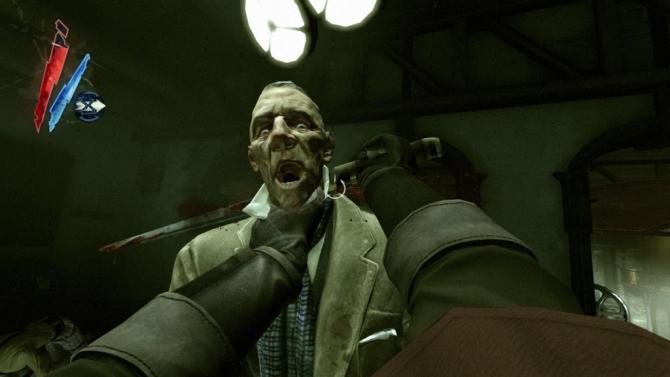 Do we forgive the ultra-violence in video games because we played them as children, before age legislation came in? Did Mortal Kombat and Doom really twist our minds? I’ve been a gamer for 25 years and I’m starting to wonder if my perspective was fundamentally shifted by those early exposures.

It’s 1992. My brother and are playing Wolfenstein 3D in my mum’s office, whilst we wait for her to finish work. Each evening, we install the shareware game (or Monkey Island) and run through as many levels as possible, hunting Nazi gold. Each morning, the office administrator deletes it. As time goes by, we learn better and better techniques for hiding the game install files. I bet the servers of this relatively high-profile consultancy firm even now have Wolfenstein 3D hidden amongst them.

Except that we shouldn’t have been playing it at all. It’s a gruesome game, with blood, corpses and drawn-out My brother was ten, I was twelve. Wolfenstein 3D, when finally rated in 2012 on its re-release, was a 12+ game. In the early ‘90s it would have been higher rated, probably a 15 or 18. But not as highly-rated as the games we were playing in the arcades, like Mortal Kombat which included executions of motion-captured characters. It would have been a straight 18 in the UK, and probably banned in many other countries. 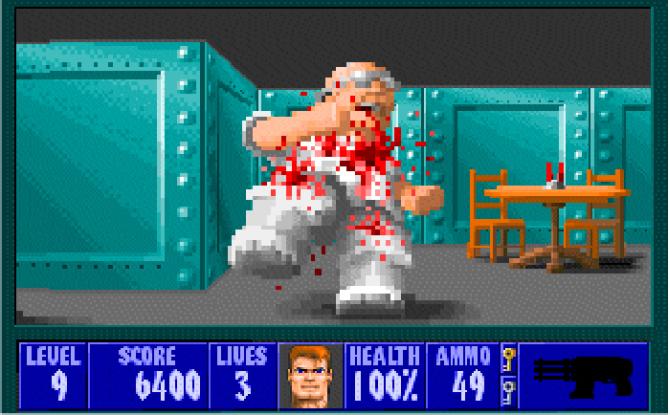 I say ‘would’ because in the 1990s age rating systems didn’t exist in the UK for video games. The first rating system in the UK was 2003, and was voluntary. The first mandatory rating system (PEGI) was 2012. And that only punishes the stores for selling to children. It couldn’t do anything about shareware floppy disks, which were just handed around the playground, like today’s demos.

And it doesn’t affect the parents, who had and still mostly have no idea about computers and games. My parents had no idea what to do about the games we played. They rarely watched us playing them, and when they did, they seemed to acquiesce, whatever the game was. I’d argue that was to our detriment. I saw things as a child in the movies that were scary, at friends’ houses whose parents paid less attention to ratings than mine did. But I never saw anything as regularly gruesome as Mortal Kombat. The studied evisceration of real human characters on screen! That was something else.

I also didn’t see anything that made such nasty use of Nazi imagery as Wolfenstein 3D. That game alone, though I loved the action, probably undermined the crimes that the 1940s German regime had committed for me, eliding the moral horrors. As a Jewish child I knew that relatives of mine had been probably killed by the 1940s German regime but playing Wolfenstein 3D I just got the frisson of the taboo – I didn’t take the reenactment of murder seriously. Moreover, the fact that the German government killed so many innocent millions (and Stalin his tens of millions), doesn’t make a murder simulator with them as the targets any more morally valid. 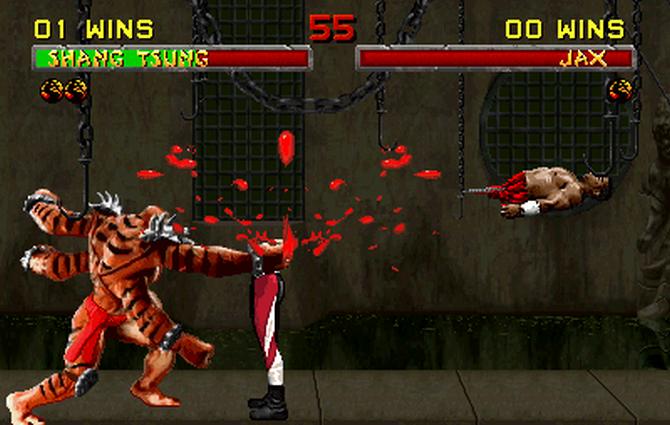 But, though I can think clearly in other areas about moral value, here I struggle. As I said earlier, as an adult I worry that my moral viewpoint has been eroded by this early exposure. My favourite game genres are the ones where I get to avoid murder – Thief or RTS games or RPGs where I can talk enemies down – but I still enjoy the mechanics of killing in a video game. I enjoy the mechanics of Destiny’s combat, the co-operation and competition of Planetside, the stealthy assassinations of Assassin’s Creed.

And I’m confused. Because I hate the concept of killing. I can’t think any normal person would like it, even in a representation. It’s fundamentally alien to our experience of the world. I do not want to kill a person, any person. In some cases, it is a great moral good to help people end their own lives – that euthanasia is the only killing I could reasonably justify. Even so, I do not want to see a person killed. I want my death to be swift, unforeseen and as painfree as possible. Murder is not something I want as part of my life.

You could make the argument that simulating murder lets us experience other ways of living, as lessons to how we should live our lives. As a good Benthamite liberal I’d understand and support that simulation. But just once. Not over and over and over, in every game going. Let’s simulate something else, hey? We have other things to learn. Let’s simulate and gamify a creature that can live on the surface of a star, or the decisions of a political leader, or the microbes that crawl across our skin. 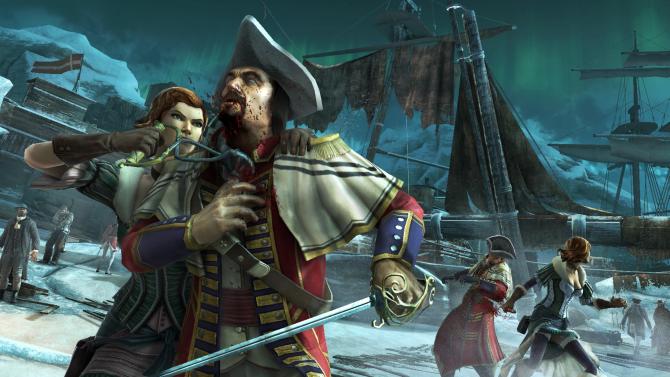 Some great game designers have argued that we need other verbs in games apart from ‘to kill’. I’d go further, I’d argue that we need to dispose of it as a verb across all media, wherever possible. We’ve been there, done that. It’s not a solution to conflict that any of us would use. It’s really not interesting any more. We’re not learning anything. There isn’t even any challenge to it; the killing you’re doing in Call of Duty: Advanced Warfare or Dragon Age is the same killing you were doing in Quake or Baldur’s Gate. Twenty years of meaningless, boring, repetitive, murder simulation. What are we doing?

It’s not like this is the only thing we enjoy about games. Will Wright’s simulation games showed there are many non-murder verbs available. Even the Assassins’ Creed games, despite their name, have shown that stealth, escape, and, latterly, economy-building are interesting structures. Killing is a short-lived part of these games that you can often avoid and often means you’ve failed at hiding. I love Dragon Age for the dialogue choices, the ethical stances, the plot and the loot. The murder is here a pause-time puzzle involving enemy and friendly health bars, your abilities and inventory and their cooldowns – but one I’ve done in lots of games. Surely that abstract puzzle could be applied to some other forms of interaction, the way the benighted Republic: The Revolution applied it to conversation, many years ago. 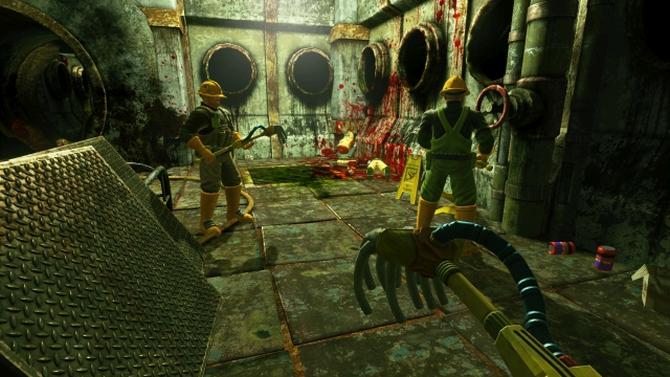 Ignatius Loyola, founder of the Jesuits, is reputed to have said “Give me the child until he is seven and I will show you the man”. I’m not arguing that killing in video games is wrong; I’m just arguing that we’ve been shaped to think it’s normal, like Loyola shaped children into good Catholics, and it isn’t. Unlike other media, we’re active participants in any virtual murder and we’re going to become more so when VR takes off as a mass consumer product in the next five years – so this problem is only going to get worse.

I have to admit that it is the same problem across all media. I’ll say again, I do not have a moral problem with the representation of murder in a work of art, and all media is art. Art, for me, is there to provoke thought, to prompt reflection on ideas and different ways of living. A simulated murder can be part of that. But the murders we do in games, or see in movies, or read in trashy novels, so rarely contribute anything to our understanding. I think we just accept it and enjoy it because we grew up doing it and we’re incapable of effectively questioning it. And that’s what worries me.