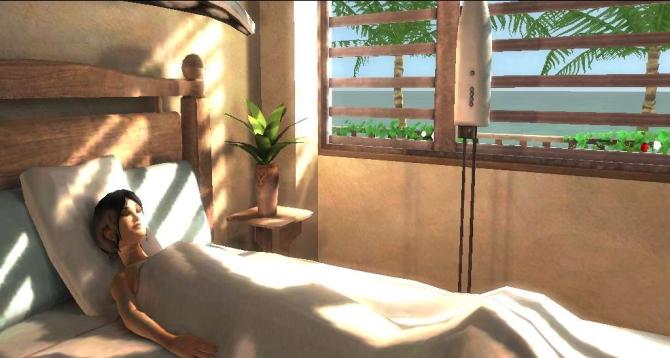 Among the many casually-abused terms prevalent in our joyous den of hedonism, few have been battered about as much as ‘adventure’. The origin Latin word ‘adventurus’ means something like “about to befall”, giving a sense of the excitement you have when you take your first step on a journey of a thousand miles, like Bilbo poised at the entrance of Bag End. It’s a changing, a shifting, the sniffing of the air that precedes rain or a change in the wind. And, of course, a change in the adventurer.

In books, an adventure has our intrepid hero-to-be surviving against the odds, exploring new areas, and mostly coming out of adversity a stronger character, from Gilgamesh to Casino Royale to Harry Potter. In games… it doesn’t mean that. Originally, it meant a dialogue-heavy game with puzzle elements, presumably from its start in text adventures like Zork and so on. In fact, the very first text adventure was called ‘Adventure’ or ‘Colossal Cave Adventure’, making this the only genre that admits itself to be a bunch of clones in its title.

Because of that origin story, the superhero that is Adventure is a bit of a hodge-podge of talents. There is puzzle solving, often involving the collection of items; there are conversation trees, since appropriated by RPGS; and there’s a rich story, sometimes with a diverging ending. As the indie revolution has progressed, the distinctiveness of the adventure game has faded away, its costume taken by RPGs, shooters, and even strategy games.

It’s worth noting that action-adventure games have confused the issue a touch, combining elements of the adventure game with third-person action games. Given how ridiculously broad this category is, it’s no surprise that the adventure genre is huge, encompassing almost any game that doesn’t fit into another genre (and many that do). Nowadays everything could be construed as an adventure.

I’d love to mention more of the new, true adventure games – there are tons out there – but my experience of them is mixed. To make a good adventure game requires a great script, and many of them have missed that. The Versu prototypes delivered a more procedural adventure with a solid experience, but sadly only Blood and Laurels was released commercially and that only on iOS (see also 80 Days.) More great adventures are coming – I mention them at the end of the article – but for the moment, this is the state of play. 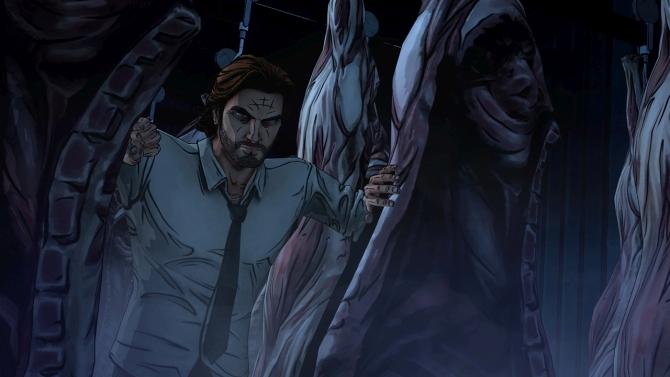 The Wolf Among Us
https://www.telltalegames.com/thewolfamongus/

Yeah, I know that The Walking Dead was the most loved modern adventure game for *that* twist. But I’d argue that The Wolf Amongst Us is a better game all the same. After all, it draws on the exceptionally-good Fables comic series by Bill Willingham, which took a (then-original) modern and hardcore twist on many fairytales. Unlike The Walking Dead which is just another Zombie apocalypse story, at heart.

You take the part of Bigby, AKA The Big Bad Wolf, who’s the sheriff of Fabletown, a community of exiled fairytale characters that have fashioned a life in a hidden area of New York City. Bigby starts investigating a series of disturbances, that swiftly turn into a string of murders, touching those close to him and close to the top of Fabletown. Your role is to track down the killers and deal with them, lawfully or not. Keeping the people of Fabletown alive and your peers happy? Well, that’s optional. 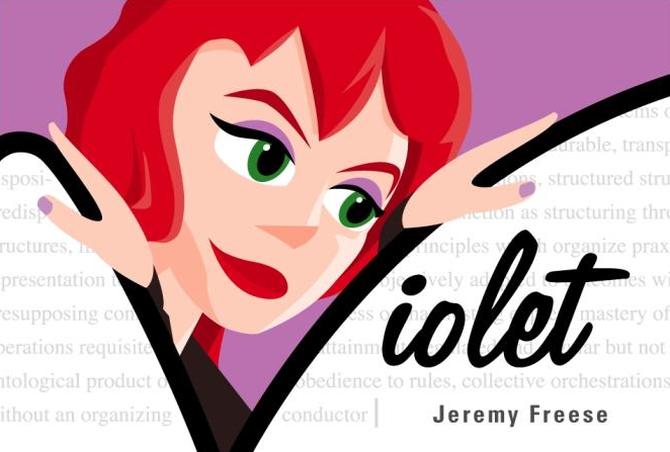 I’m only allowing myself one text adventure here, so it has to be Violet. Thankfully, Jeremy Freese created a perfectly-unusual adventure. Despite taking place in a single room, it has a humanity and depth that adds the richness of a huge hinterland to it.

You take on the role of a man in an office attempting to finish his thesis by the end of the day. Your girlfriend has threatened to leave you if you don’t, and you need to avoid procrastinating. But how? There’s a hundred ways to fail, and just one way to ‘succeed’. And, in your head, all the time you’re destroying the beautiful items she’s made for you to cut out the chatter from outside, your mental version of her is commenting on your actions. Just… wonderful.

Oh, and if you’re procrastinating yourself, right now? You can play Violet online. Right now. Here. I know, I’m not helping. 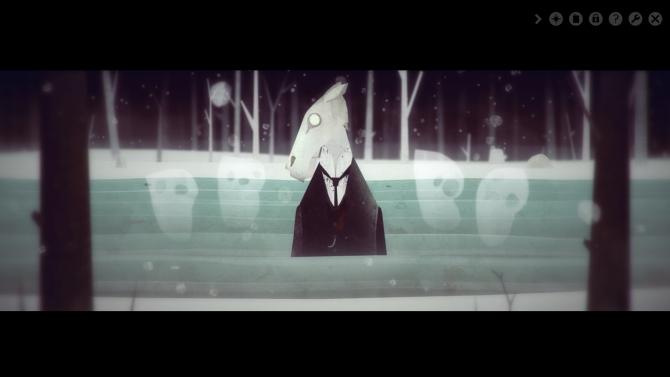 It may have started as a mobile game, but Year Walk’s minimalistic interface and strange world make for a very traditional PC adventure. Simogo’s mix of Swedish mythology, unusual handdrawn art, and an almost Blair Witch-style realism create a haunting, weird world

The game takes place on a single night, after the protagonist visits his girlfriend Stina, then goes on the traditional Swedish ‘annual walk’. During the course of the night, he encounters a range of traditional Swedish creatures before… well, never mind. I don’t want to spoil anything for you. Suffice to say it’s another twisty story, which takes more than one playthrough to fully understand.

The game comes with a separate companion app / program, which acts as a journal, helps with puzzles and hides secrets, if explored correctly. 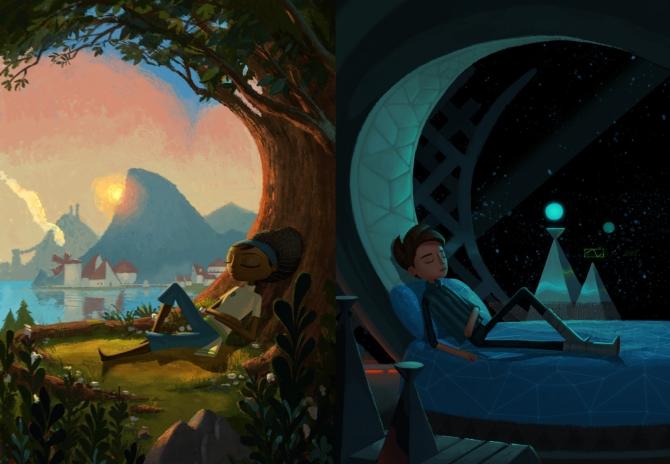 I know, I know, Psychonauts *is* DoubleFine’s best adventure game, but it’s a little too action-adventure for many tastes, despite the fabulous setting and superior script. Broken Age (AKA Double Fine Adventure) was Double Fine’s excessively-kickstarted-but-still-way-over-budget-saviour-of-adventure-games game.

It’s a classic point and click, involving two characters living apparently parallel lives. Unlike Schafer’s earlier work Day of the Tentacle, there’s minimal interaction between the characters – one of whom is the sole inhabitant of a spaceship, whilst the other is in an idyllic fantasy world, where she’s about to be sacrificed to a monster.

It doesn’t revolutionise the genre – or seek to – but just creates a couple of witty, charming stories set in a Pixar-grade beautiful world, like something out of a children’s storybook.

It takes a setting from Sam & Max Hit The Road, a pixelly-touch from Sword & Sworcery, the fantastical and grotesque from Flannery O’Connor, and a glowing, irreal hunk from David Lynch… but KRZ is also its own creature. It’s a downbeat, music-driven, HBO-quality surreal exploration of an otherworld that happens to be based around a motorway in the deep South.

Notably, you create your lead character on the way. In the way you make Conway respond to questions or describe the world, you shape it and give it shape, and him history – or not. The game is exceptionally theatrical in its settings and filmic in its scene changes. And the episodic format stretches out what otherwise might be an over-intense and weird experience. 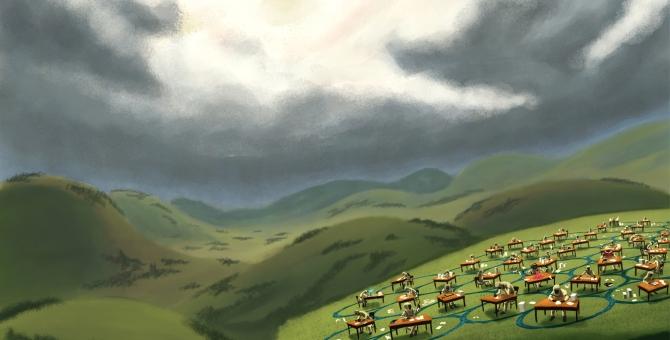 Okay, okay. I said I’d only mention Violet. But Failbetter’s StoryNexus supports a range of interesting text adventure games. These include The Black Crown Project and Fallen London which are free to play, though you can pay to skip the grindy parts of the story. I also wrote my views on their superb-but-not-quite-done Sunless Sea last week, which is partially built in the same way.

Their games are grimdark tales of strangeness and body horror, with the blackest sense of humour. The Black Crown Project (made in collaboration with Random House) in particular is welcomingly meaty and horrid, with a very real sense of a nasty, uncomfortable and otherworldly excavation by press-ganged academics.

Anyway, StoryNexus is free for anyone to create their own text adventure worlds on. Go to it! 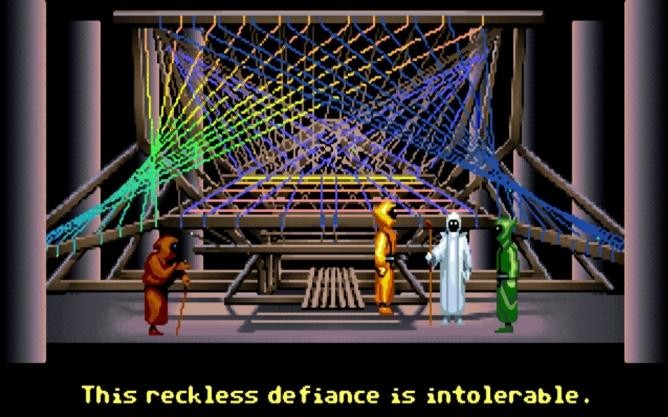 Two sequels were conceived of for Loom; despite selling 500,000 copies, a huge number for the time, they weren’t made because the team wanted to work on new ideas. In that sense, it’s an artefact, a great old game that is worth going back to see what adventure games were, exactly. That is, adventures, new experiences, new worlds, to be challenged by, not the comfortable middle of the road retreads of Deponia and conservative nostalgia of Broken Age. Here, still, there’s a sense of adventure. 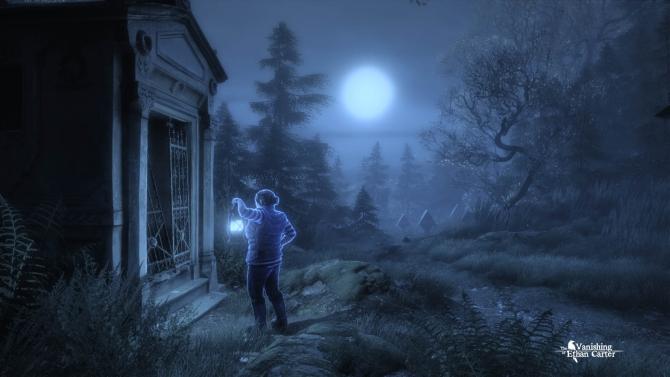 Not available at the time of writing were a ton of new adventure games, which we wanted to recommend: The Vanishing of Ethan Carter, DreamFall Chapters, Calvino Noir, Rime, Nehra Psaria, Into This Wylde Abyss, Never Alone, Cosmonautica, The Talos Principle, The Long Dark, Everybody’s Gone To The Rapture, World Explorers, Twelve Minutes, Lumino City… in a year’s time, this page would have been very different indeed…