The Golden Age of Simulations is Now

Look at that title. What hubris, to call the modern day a Golden Age! Sceptical scientists out there will argue that games are neither valuable nor chemically inert enough to justify such a moniker. Yet, when I think of the simulation games of my childhood, huddled in the realistically-cast shadow of more exciting, more gamesy games, modern sims have come a huge way.

Remember that, once, simulation gamers were the nerd’s nerds. Simulations were clunky, dull, slow and mostly played by lonely middle-aged men. Many atrocious creations like the A-Train series could attract audiences merely because the replicated experience of a CG world was compelling by itself, even if it was poorly modelled. Remember the first game you saw that was polygonal rather than simply representational? Whether it was Alone in the Dark or Phantasmagoria, these games were exciting by themselves. And with those we made… Flight Sim. So a sixty year old called Barry could sit in his shed and replicate an autopilot flight from LA to London instead of going fishing.

VR should have sold this, but instead it was clunky and unconvincing. I remember during a mid-90s trip to London, when we accidentally ducked into the Trocadero centre’s cutting edge Segaworld. These days the building is post-apocalyptic, with half-dismantled escalators stretched skeletally up to entire condemned floors. But in those days it was positively space-age, and nowhere more so that the giant Battletech simulators in the basement. I mean, look at this slick-voiced promo video: ₤45 million! VR headsets! Shaking seats! ROCKET ESCALATORS.

Each of the 16 Battletech pods housed a set of screens (CRT back then) and a set of controls. When the impressive pod closed around you, it transported you into the cockpit of a giant Mech, fighting deathmatch against other giant mechs. I remember being impressed at the bulk of the physical tech, but depressed at how poorly-made the software was compared to the hardware (and how expensive it was to play – I guess they had to recoup that ₤45 million somehow). Compared to, say Street Fighter or Ultima Underworld, the game was five-year old tech already. And that was the peak, the best old school simulators had to offer.

So why are simulations booming now? I’d say it’s a perfect storm of tech and social media, which has enabled two new forms of sim; the joke simulator and the totally-immersive experience, whilst boosting the older ‘sitting on a bus’? or heavy machinery sim.

As in many genres, access to cheap development tools that are easy to use for rapid prototyping is driving the boom across all simulations. Unity, Unreal and Gamemaker all feature here. Rather than spending a year building your own engine or half a million bucks hiring one, developers can now access these tools for very little, paying for plugins as and when they want to put the game out on another platform. It’s worth remembering that Surgeon Simulator was turned around in a weekend for the 2013 Global game jam, and that Viscera Cleanup Detail’s prototype took just ten days. Vlambeer develop and release games in the time traditional developers would take to come up with a concept.

That indie ethos has also moved away from the slightly-anal behaviour that had characterised the simulation community (though those games are still around and bigger than ever). Why do I care about the metal fatigue rates in the engine of a Fokker G-32, if the plane’s model looks ugly as sin? Games are more fun when they relax the simulation ever so slightly – which is why arcade shooters always sell more than flight sims. This new breed of simulation wants you to experience all the fun of the fair – without having to clean out the candy floss machine or dismantle the big top afterwards. 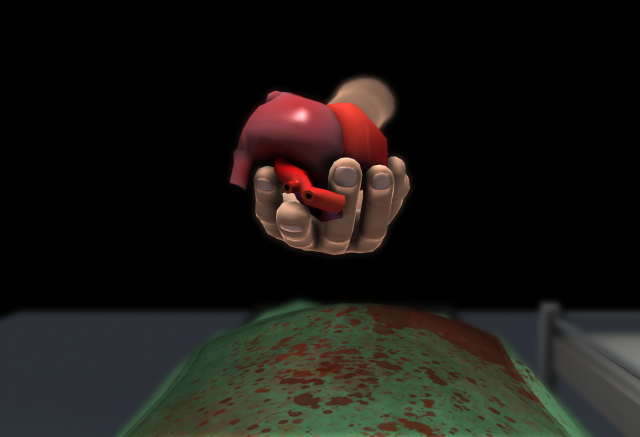 In terms of games-simulations, the audience seems to be loving these for two reasons; first, the sense of humour of many of the modern sims. Though the simulators that kicked this off have at most a dry engineering wit, the games that have come out recently are mostly jokes; Surgeon Simulator is a joke about the accuracy of simulating an individual’s control of surgery, given a dreadful control scheme. Viscera Clean-up Detail is a joke about the ridiculous amount of gore and violence that modern video game players take for granted. I don’t really know what jokes Goat, Rock and Grass simulator were making, but it’s not exactly highbrow.

Nolan Richert of Runestorm games, creator of Viscera Cleanup Detail is sure that joke games have been boosted by Youtube more than by the tech. ‘As for joke simulators, tech has had little to do with them, in my opinion. That’s more to do with fortunate ideas in the right climate. We did decide to go with heavy physics simulation, but we could have done it without that – and probably should have done considering the battle it has been to tame that stuff. Really, the same joke could have been done in the DOOM engine if we were doing it 20 years ago. Even the traditional simulators have been boosted by Youtube, without much of a change in their design or business model. ‘For YouTubers heavily armed with DubStep, certainly. Digital distribution has probably made them more viable though’.

Richert is right that social media, particularly YouTube, has been crucial. Henrique Olifiers of Bossa Studios (creators of Surgeon Simulator) told me; ‘One of the strongest aspects of (Surgeon Simulator 2013) is that it’s as fun to watch as it’s to play, and failing in it (and you fail a lot) is as funny as it gets. This was crucial for the success it achieved on YouTube and Twitch, making the Let’s Play videos cool to watch no matter if you were into the game to begin with or not’ Surgeon wouldn’t be anywhere without the YouTube community. It’s incredibly humbling and amazing to see how much love is out there for the game through YouTube, and to witness it becoming the theme for so many different videos, parodies, cartoons, songs and jokes.’ 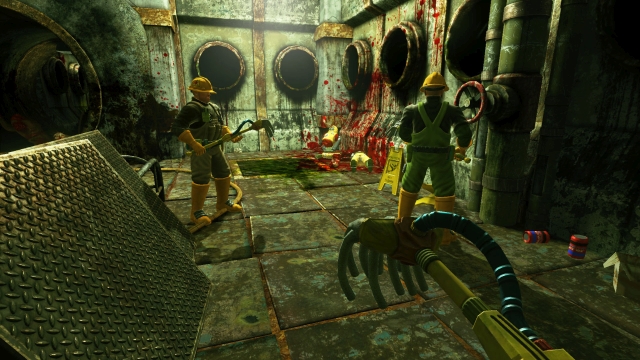 Richert thinks that the access to market afforded by channels like Steam is important as Youtube. ‘The fact that modern channels have made it possible for mere mortals to reach an audience has probably made the biggest difference. What publisher would have risked pushing something like Goat Simulator to retail’.

A second strand of simulations have been driven by that endless human ambition to try a bit of everything. Games promised that at first – letting you pilot a giant robot, or be in the first world war or run a city – but the promises slowed and morphed into the staid genres of today. But the burst of creativity in modern simulations has been matched by a desire on the audience’s behalf to consume them. They want to live new lives, in new situations – whether that’s grimmer-than-reality like Always Sometimes Monsters or Cart Life, wandering a darkened wood, staggering aged through a graveyard, playing as a baby or being a mountain.

And this new strand of simulations promises to escape from games entirely. Facebook didn’t buy Oculus Rift for its ability to turn Hawken into a up-to-date Battletech pod; they bought it because its potential as the next Internet is huge, down to its ability to create simulations of anything convincingly. It’s notable the team behind the perennial mainstream media darlings but actually-quite-boring-in-reality Second Life have said that they want to make Second Life the social network for Oculus Rift.

Similarly, Sony didn’t invest in their VR project ‘Morpheus’ as a me-too exercise; they’re aware that they need to maintain their advantage in the console war, and that their game-streaming service is only going to hold off Microsoft for so long. Project Morpheus is going to need games made especially for it, games that don’t try to move the player around too much, that don’t make the player motion-sick, games that offer that unique experience. And if you watch a film on the Rift, you’ll believe that it’s possible Microsoft has lost the battle for the living room again – because the living room is going to be irrelevant to VR entertainment.

This perfect storm of virality, tools, and creativity lets us experience any moment that any human could, whether waking or dreaming, and many that we never would have imagined ourselves. Oculus Rift and Project Morpheus are promising to make these sims immersive and compelling like never before. It will truly be a Golden Age of simulations, where we can be anyone or anything or anytime we want to be.

So, pray excuse me. Today, I’m going to be a mountain.