The kingdom or city builder genre is all about giving players godlike power to shape a realm however they like, and hopefully enable it to survive. The realm itself doesn’t matter so much, though differing settings give you wildly different objectives – the aim of Theme Park, for example was to massively increase the salt on your cheap fries so that everyone was forced to buy your horribly overpriced soft drinks. Or at least that was the way I played it. After all, they can’t call you megalomaniac, if you really are in charge. 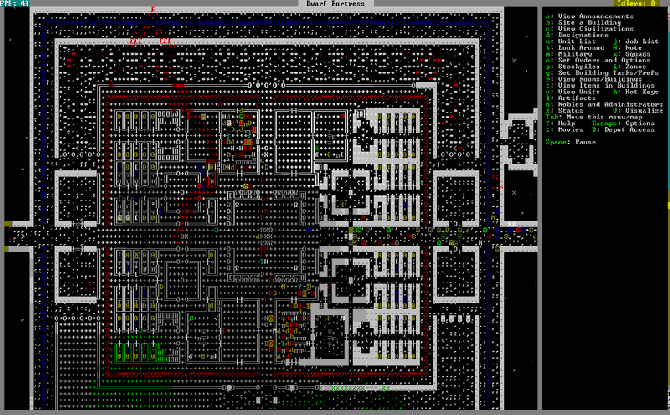 Dwarf Fortress is the game I most often get asked is that as hard to play as it looks?, at which point I start carving a heart-breaking sculpture that artfully depicts the questioner being sat on by a mammoth, whilst trying to stem a tide of lava. Dwarf Fortress is an insanely detailed world-generation engine, in which you can play a small part by building and maintaining a colony of dwarves in a hostile area. It’s a game that automatically generates the entirety of Tolkien’s Middle Earth, from the days of the Valar to the days of Bilbo, just so you can build a mine that’s a bit like a shit Moria. It’s a game where dwarves go temporarily mad from stress/ inspiration and create Great Works of art from the horrible things they’ve seen.

Which is to say; you should play Dwarf Fortress. It really is an amazingly in-depth simulation of an insane world, a good tutorial’s not hard to find, and the latest update has introduced a graphical interface that’s Not Rubbish. If you really can’t face its complexity, Gnomoria is a decent knock-off with a much simpler interface and better graphics – and, for the love of Bombur, Bifur and Bofur, avoid A Game of Dwarves. The name is the best thing about it. 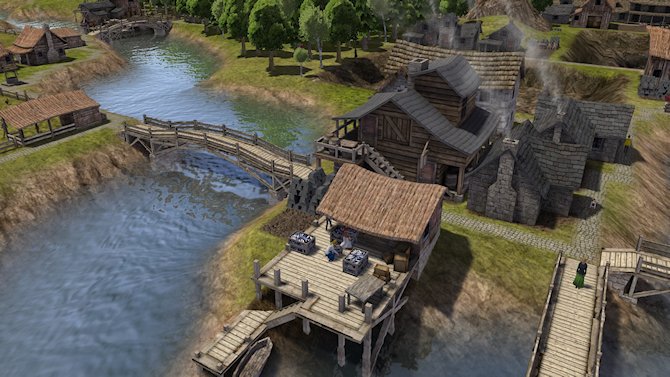 It has a backstory so irrelevant that you’d never know it existed if you weren’t told, but Banished is a sadistically-realistic sim. A minimalist city-builder along the lines of the original Settlers, Banished is punishing to any mistakes you make. Fail to grow enough food to make it through a winter, your people will starve and your colony die. Ditto if your storehouse gets hit by a hurricane. Fail to have enough children, your colony will die. Fail to educate your children… well, you get the idea.

The simulation isn’t perfect – for example, it’s not always obvious why your colonists are dying or why a building isn’t getting completed, and every level looks pretty much the same – but it’s the best village-building sim around at the moment. You’ll have to make up your own stories though, as the game is a pure sandbox. 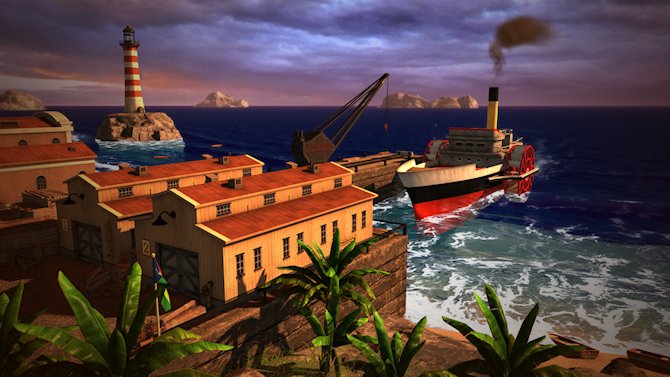 Dictatorship might be a slightly distasteful theme, but it’s definitely introduced with humour in Haemimont’s continuation of this long-running series. Players take their caribbean island from colonial times through the horrors of the twentieth century to a modern country, using tourism, oppression and corruption to build a perfectly-loyal island state.

Since transitioning to the consoles, new Tropicos have been force-constructed in months according to a dictatorial regimen, resulting in seemingly-minor improvements and change in looks over the last few iterations. That doesn’t stop the last one being the top of the tyrannical tree, with co-op and competitive multiplayer and new dynastic corruption – but against games that are more liberal with their advancements, the simulation comes up short. 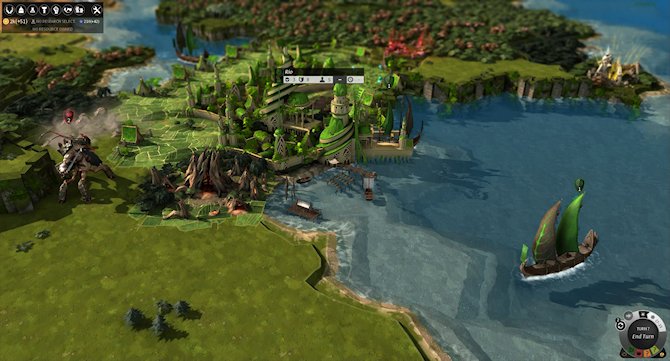 It’s only available in Steam Early Access right now, but the latest addition to Amplitude Studio’s Endless series continues the theme of superb, unusual design from the Endless Space 4X game and, to a lesser extent, their other Early Access title Dungeon of the Endless.

Like many 4X games, you must build cities, research tech, train troops and explore the world, but there’s a twist. The eight races are strange enough by themselves – from deathless hollow suits of armour to all-consuming swarms of insects – but what’s unique is the way that each faction follows a compelling individual story as it explores, revealing more about the world and about the faction. It’s an intriguing twist on the traditional 4X game, especially with the promise of in-game apocalypse at any point. 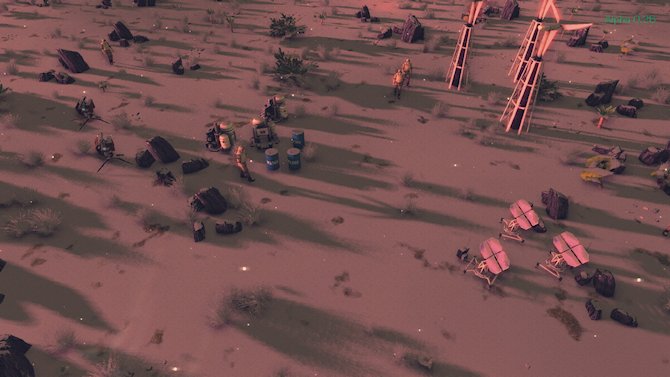 When I was wandering in rural Croatia, a man found out I worked in video games. He came up to me and asked, with an intent look; ‘Do you know… Simon Roth?’ That illustrates the grassroots support for Roth’s Maia, which resulted in an unexpected and well-distributed Kickstarter success.

Maia was pitched as a combination of ‘Dwarf Fortress and Dungeon Keeper in space’. Though it’s still in Alpha (and looks to be for a while yet), the game’s combination of darkly humourous writing, a hostile alien world, and a seventies science-fiction style already make for an intriguing game. And Roth promises that, soon, you’ll be able to play the game for more than a couple of hours at a time. 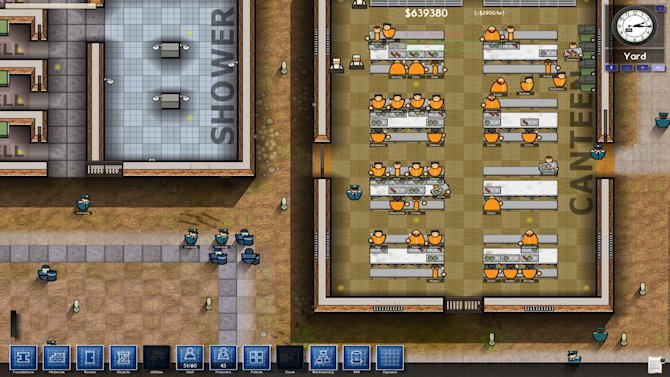 If a prison is a kingdom, who’s the king? Not the governor, for in Prison Architect, the king might just be the rules. Keeping prisoners and staff alive and safe long enough for your prisoners to serve out their terms requires designing and building a prison that shows your understanding for the rules of the institution; no escapes, no violence and stay within your budget. But the prisoners often prove themselves to be more cunning and capable than your best-laid plans can cope with, especially if you skimp on the security.

Even though it’s still in Alpha, Prison Architect throws up the kind of stories that make for the best games. In one of my astoundingly-badly designed prisons, I’d forgotten to install a metal detector to scan prisoners entering the holding area before they filtered into the prison proper. Half an hour later, I was hiring four new guards, the infirmary and nearby cells were full of severely injured prisoners, and the holding area floor was dotted with improvised weapons and pools of blood. All because I skimped on the metal detector. 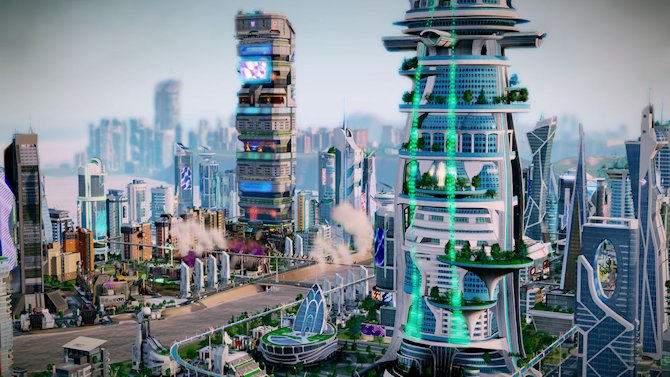 Arguing that the Sim City reboot was as good as the previous Sim Cities, is a bit like praising the new Rocky over the old Rocky; we know your heart’s not in it. In my opinion, the original 1989 Sim City is still more enjoyable than this reboot. Though it’s a delight to watch, this version is slow, constrained, and boring. Despite that, it’s beautiful to explore a complete city and you can’t fault Maxis’ ambition.

Players who want the modern city builder experience are probably best-placed to head for either Cities XL 2012 or Sim City 4. I worked on Cities XL when it was pitched as a massively multiplayer city-builder, exactly like the Sim City reboot. Whilst the project fell short of that ambition, the recent 2012 redesign is a solid, enjoyable city builder that uses modern tech to bring city sims up to date. Similarly, Sim City 4 Deluxe implements many of the elements that were bodged in the modern Sim City. 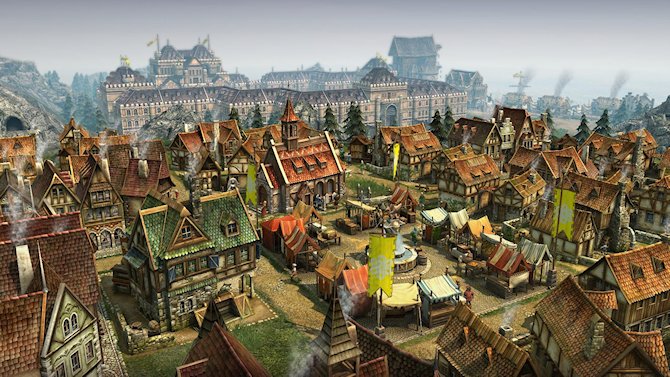 For those beloved of the more pacific kingdom building, the Anno series has always offered rather stodgy delights. There’s little gambling in the games, with the creation of your city being a mostly-linear process, as you jump through different hoops, constrained by the island chains that you’ve been based on since the first game, Anno 1602. Yes, Ubisoft’s numbering system is shot to shit.

Anno 1404 was the best of the traditional series, set in the era of the voyages of discovery. As in the earlier games, you are often competing against other AI players, mostly diplomatically but occasionally martially. It has even more layered complexity, requiring occidental-oriental trade for populations to flourish. However, as Anno 1404 isn’t widely available, try Anno 2070, a near-future version, that takes a leaf out of the Alpha Centauri playbook. It’s still recognisably Anno, but with a story that focuses on a flooded Earth run by a global government. 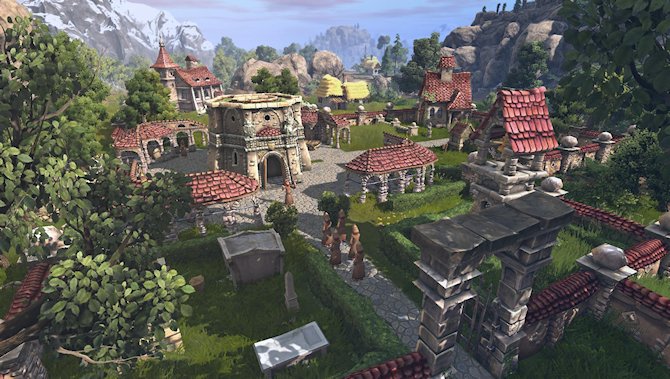 Blue Byte has been developing The Settlers games for over twenty years now. Recently, they’ve focused their efforts solely on producing slightly-dull browser games, including the Settlers Online, which make them tons of money. So it’s plausible that 2010’s Settlers 7 could be the last of the standalone games they make.

The Settlers games are the ur-kingdom game, dating back to 1993, and probably only preceded by Don Daglow’s Utopia and the original Sim City. Your little people run around, gathering resources, building settlements and occasionally battling your neighbours as you encroach on each other’s land. The Settlers 7: Path to a Kingdom doesn’t change that model much, save for ramping the difficulty up, and allowing players to explicitly choose from three different advancement paths. 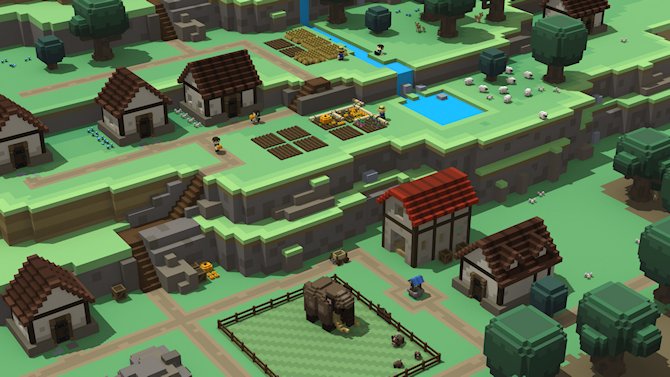 Save for Open City and Banished, there aren’t many new city-building games appearing outside series. Yet Stonehearth, which attracted $700,000 in
Kickstarter funding in the middle of last year, could be a new departure.

The game mingles the aesthetics and open world of Minecraft, with a Settlers-style colonisation and wargame. Like Banished, your colonists start with almost nothing, and you’ve got to get them shelter, food and defenses as quickly as possible. What’s different is that it’s moddable at every stage, from the city to the people and creatures. And will have co-op multiplayer. Oh, and one of the enemy creatures is a ‘politician’. 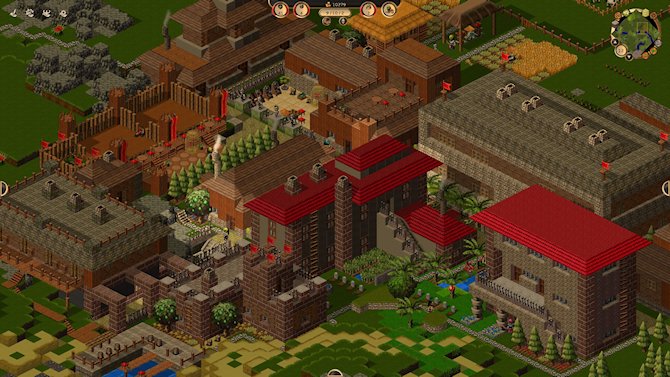 Crowdfunding and Early Access have thrown up some amazing successes and rejuvenated entire genres – space sims, strategy games and old-fashioned adventure games are thriving like it’s the 1990s again. But city builders have been bedeviled by problems. 2012’s Stronghold 3, which should have made this list, was horribly buggy on release. Peter Molyneux’s Godus, following his experimental but tedious ADD-encourager Curiosity, displayed an amazing failure of judgement about what made good enjoyable game mechanics. But even Godus takes second place to the appalling Towns, one of the first games to pass through Valve’s soon-to-be-abandoned Greenlight crowd-approval system, which was unfinished at release and has been cancelled even though it’s unplayable and unfinished. Buyer, beware.