Female protagonists, oh my. Given the oh-so-friendly atmosphere around gender and games at the moment, prior to writing this article I’ve blocked all methods of communication I can and have booked a ticket to the middle of the Kalahari desert. (I have a shotgun ready for any persistent carrier pigeons.)

That caveat aside, this week I’m just looking for the best games with female protagonists. Of course, many RPGs and MMOs let you create your own female character. But that’s not what we’re looking for. We’re looking for great games that make you play a believable female character. The crossover between those two is small – there are some huge games with weak female protagonists and some terrible games with pretty good characterisation – but there’s still an amazing array of great games out there.

This time around, I’ll be selecting the titles on fairly arbitrary premises, because, hey, I can. So I’ll be choosing them partly on how far they avoid certain elements that are generally agreed to be sexist – women being unrealistically reactive or delicate, being motivational (e.g. treated as damsels in distress as in Super Mario Bros), being objectified (the collectible cards in The Witcher or Duke Nukem’s pole dancers) or being relational (Resident Evil 4). And partly on how good they are as games and stories.

If you want a pretty-impartial discussion of sexism, take a look at the TV Tropes pages on Gender Dynamics. 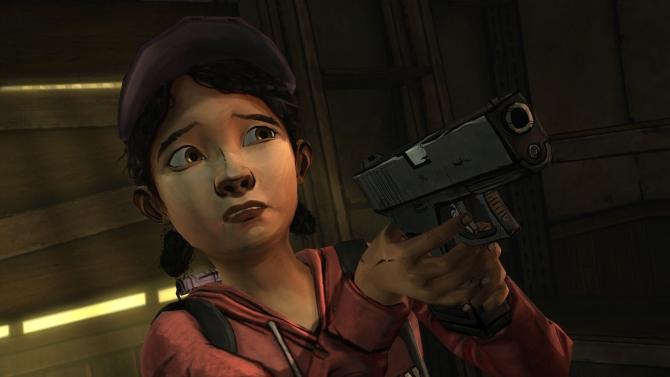 Having a young, female black protagonist in America’s troubled climate is pretty damn brave for any game. Putting her into a world full of zombies that could kill at any minute is braver still, but has to be handled so amazingly delicately. Thankfully, Telltale managed her character and situation exceptionally well, as they did the whole game, structuring puzzles involving her carefully and attempting to make a ridiculous premise as believable as possible.

In terms of her character, from the moment she was introduced in the first season, to the horrors of the second season (too many to recount), Clementine is the moral compass of the game. With the lethality of the Walking Dead universe, you always have to ask when and how a character will die – but in Clementine’s case, that might never happen. 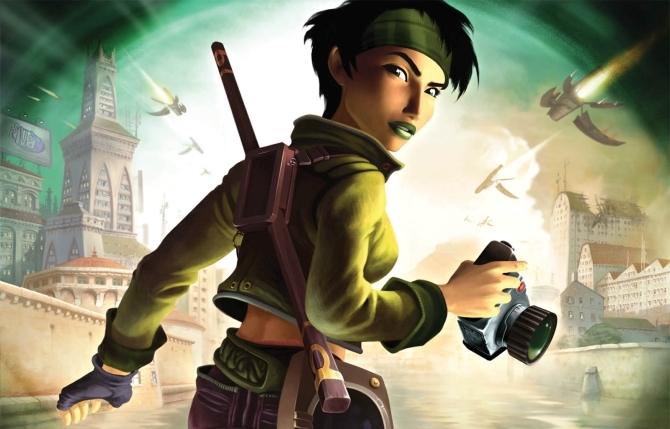 This much-praised and much-missed game from Michel Ancel, creator of Rayman and Ubisoft’s creative heart is headed up by Jade, an archetypally-sassy heroine, determined to remove the subtly-invasive alien DOMZ from her homeworld.

What BG&E does well, is that it avoids simply swapping out a generic male action hero for a generic female action hero. Though Jade can handle herself in a fight or a race, it’s notable that she’s a photographer by profession, and that the reward structure of the game incorporates this. The game hasn’t simply reskinned a male protagonist; it’s made her a nuanced character, who doesn’t lose positive feminine characteristics and who brings femininity to her heroism.

Will the sequel ever emerge, to finish the story? Every year another hint emerges from Ancel, but since an ancient trailer, nothing else has happened.

Dr Eva Rosalene, To The Moon 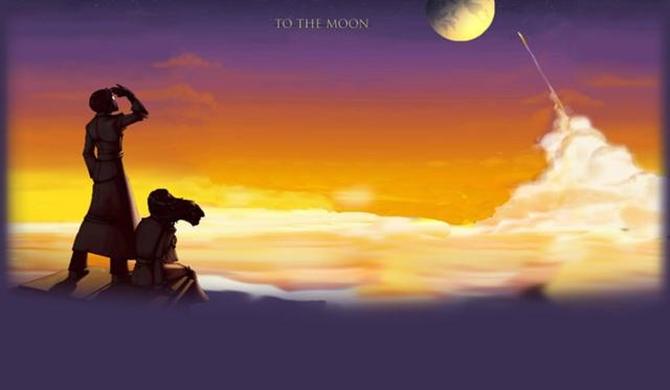 I could mention this innovative, smart and charming game every week. You play this puzzle-adventure as two characters, Dr Watts and Dr Rosalene, co-workers who are using a new technology to explore a dying man’s memories. Their task is to dismantle and reconstruct his memories so he can think he’s achieved his dying wish – to go to the moon.

Dr Rosalene is in charge of the operation, given Dr Watts’ nerdy competence – but they’re both believably drawn characters, that play off stereotypes without being enslaved to them. It’s through their dialogue that they figure out what it is that the man wants, allowing you to encounter another extremely well-characterised female character, the man’s dead wife.

To say more would be to spoil the story. But the sequel, A Bird Story, is due out in November, so you’ve got just enough time to complete the first one. 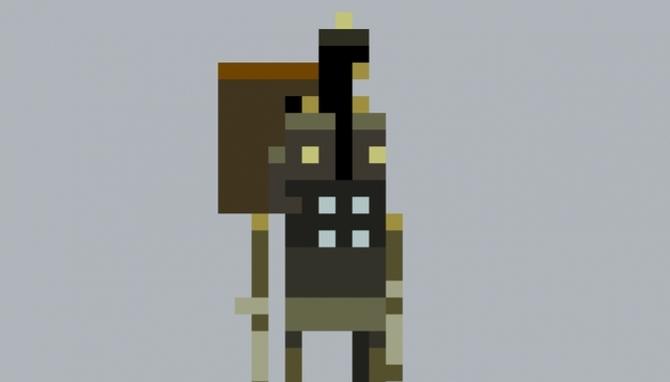 S:S&S wasn’t the first game to do a surprise reveal about its protagonist’s gender – Metroid did it first, by revealing that protagonist Samus Aran was female. And both games have their protagonists as action heroes. Both times, it’s a classic play on the player’s prejudices when they’re revealed to be female.

But I’d argue that S:S&S works better that Metroid because of The Scythian’s interaction with other fantasy archetypes; she’s a classic barbarian, there’s a classic shepherdess called Girl (her name subtly reinforces your assumption that the Scythian is a Boy), who’s the wisest person in the world. Even the reveal that The Scythian is female is done subtly, without fanfare – because, you know, her gender isn’t a big thing. 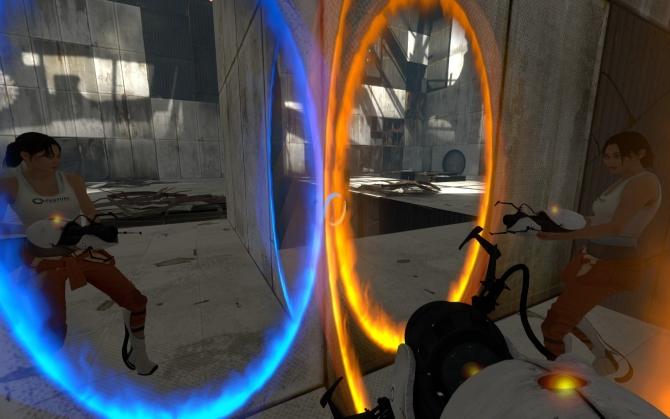 We all love Portal. It’s a game that only has strong female characters (bar a backstage graffiti artist many players missed). Admittedly, Chell, being a silent protagonist, is very much an action girl, and has little in the way of spoken personality, but her interactions with the gradually-evolving GladOS give you the impression of a strong character. And the game itself is exceptional, with its mind-twisting puzzles, and the shift from formal puzzling to escaping GladOS’ murderous intent through the backstage of the facility, all for the sake of science.

Laverne, Day of the Tentacle 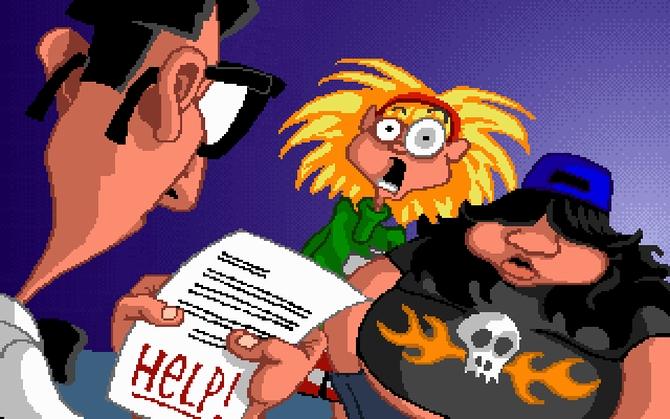 Ewan Aiton of Play.tm reminded me of Laverne from Day of the Tentacle. Not in himself, as he doesn’t look much like her. But just that if I left her out, my patellas would be spread over a wide area of East London.

Luckily for my kneecaps, Laverne is one of the most singular comic characters created for games. Alongside nerdy Bernard (a survivor from the previous game, Maniac Mansion) and roadie Hoagie, she’s one of three time-travelling meddlers attempting to return to her own continuum and stop the evil Purple Tentacle before he can take over the world. Laverne is a medical student, who wants to be a pathologist, and speaks in the kind of creepy monotone that makes you think she’s a mad doctor in waiting, further emphasised by her single staring eye and scarecrow gait.

Oh, Bayonetta, how I admire thee, let me count the ways. She’s the last surviving witch (or is she?), who has to battle angels in a Devil May Cry style world, except with the most overblown battles seen on a console. Riding a motorcycle on a plane’s wing whilst fighting a demon and/or a traitor? Bayonetta laughs and quips.

Bayonetta herself is a strong nerdy character in a story that’s all about self-discovery. Despite Bayonetta being overly-sexualised in her appearance, she’s in charge of it, and everything else in this world, and much of the subtext is on her friendship with Jeanne. The game itself is just happy to be an absurd, beautiful game.

The only flaw with Bayonetta is that the sequel only going to be coming to the Wii U, so almost no-one will get a chance to play it.

Red, on first impressions, is not an impressive example of a solid female protagonist, more of a action girl shell for her sword, the Transistor itself, to talk at. She is, after all mute (which is never adequately explained).

However, the few terminals scattered around the city allow for free text input – which allows her to communicate with the Transistor, endlessly typing and deleting text to say more, before leaving messages for anyone else still living out in the disaster zone of the city. She’s also described by the Transistor itself, in touching monologues that fill in the conversation when she can’t reply.

Mike Bithell’s TWA is unique amongst games in that it has three separate female protagonists amongst its seven playable characters, Sarah, Laura and Claire, three well-rounded platonic objects with wildly varying personalities. Sarah is a tiny purple vertical rectangle, who’s determined to collect as much knowledge of the matrix as possible; Laura is a large flat pink rectangle who’s concerned about being exploited, because she can be used as a trampoline; and Claire is a large, blue and self-conscious square who is the only AI who can float and decides to become a superhero. 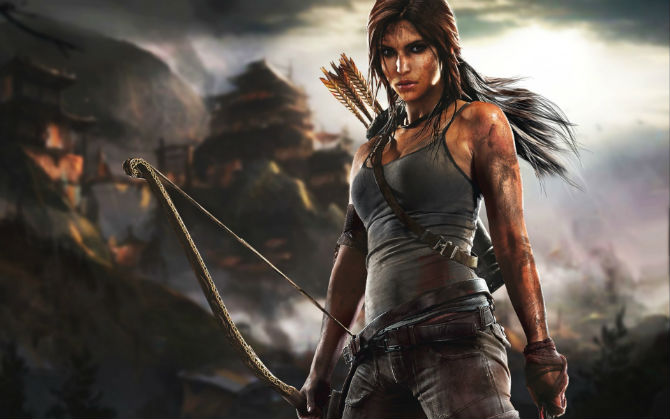 The original Lara Croft was a strong female character, independent and self-motivated, but very much in the style of the 1990s; she was an action hero with progressively-larger breasts as the series went on, and only really developed human relationships after the first game (where she just killed *everyone*).

However, the recent reboot has made Lara more feminine, without detracting from her action hero aspects. Now she’s got good friends, male and female, who aren’t her subordinates. She has conversations with them and thoughts about them that aren’t about her mission or sexy relationships or anything else. And she struggles emotionally the first time she kills a deer, and then a man. It’s a nuanced cliche, executed well.

(Of course, later she suffers from Nathan Drake syndrome, when she kills hundreds of men without blinking, but that’s a flaw fundamental to modern action games. 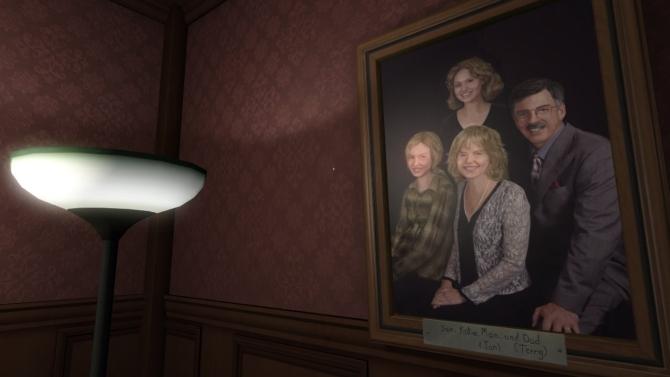 It might be more famous for its linearity than anything else, but the hipster darling from the Fulbright Company had strong, nuanced female characters, of whom the protagonist was, oddly, the weakest because of her relative anonymity.

Returning home from a year abroad, your character Kaitlin finds her home deserted, her mother, father and sister all absent. As you read their journals and unravel the mystery, the story leads you by the nose, with every new element adding depth to all their characters, and hinting at several different paths that never happen, and leaving you in an unexpected place for a mainstream game. It’s a subtle joy, though with very little actual interaction. 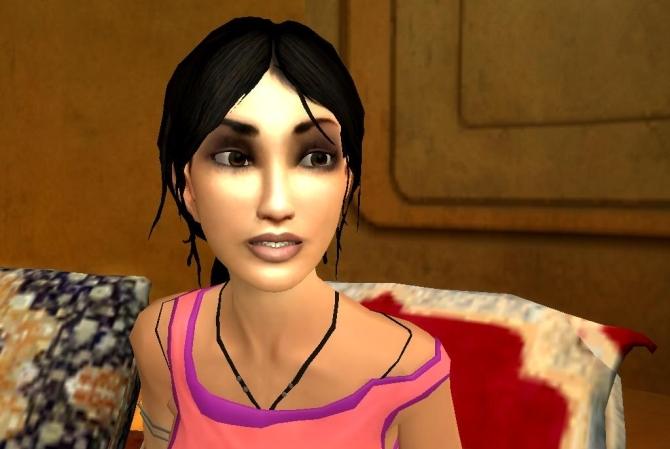 I couldn’t fit all the great games in here, so here’s a few more female protagonists I didn’t have a chance to write about:

Ellie, The Last of Us & TLOU: Left Behind

Enslaved: Odyssey to the West