It’s arguable that Valve’s greatest achievement wasn’t Half-Life 2, but the amount of vitriol generated when they created the Steam Tags system. All sorts of games were cruelly tagged as the system opened up, with no title escaping the bitterness of Steam’s crowds of teenage old vandals. Despite Valve suppressing the offensive tags, two attendees at the Develop Conference in Brighton last week admitted that their games had been tagged as “Hipster Bullshit” on Steam. Here’s the moment (at 12min 30)

Actually, checking Steam Tags, the Devs were slightly wrong. They’d both been tagged with ‘hipster garbage’, as Kotaku reported. I’m sure they’ll be vindicated to hear that there is a ‘hipster bullshit’ tag now, as I accidentally applied it to one of their games (Redshirt) whilst attempting to find the tag. And now can’t remove it. Thankfully, Steam filters out swearwords (replacing them by hearts), so it’s unlikely to crop up, until Mitu reads this article. And, at the moment, Valve seems to have sat on the Tags system quite hard, so you can’t look at a good list of Hipster Garbage games, even if you wanted to. 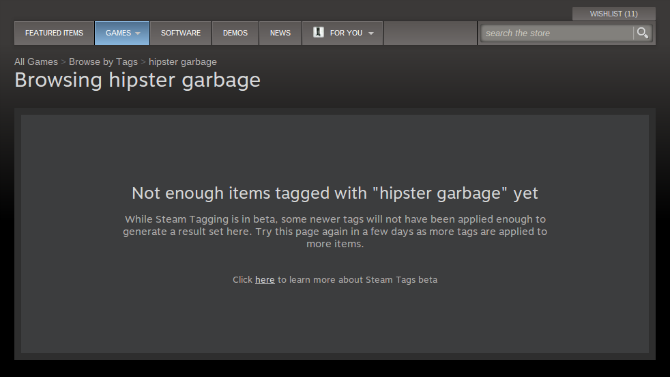 But could ‘Hipster Garbage’ actually be a useful genre? Now, of course, it’s hard to define Hipster – it’s one of those things that you know when you see it, but to come up with an all-encompassing definition is hard. Some say it’s a culture obsessed with being first to the cool. Others that it’s a culture of privilege that apes more impoverished areas of society. Others that it’s simply a fashion of beards, hand-me-down shirts and 1980s antiquaria. Wikipedia even defines it as “an international subculture consisting primarily of white millennials living in urban environments.” Which, I guess, makes me a hipster too.

So I’d take ‘hipster garbage’ in this context as a form of pretentiousness – pretending to enjoy something obscure because that makes you stand out as an individual. It’s saying you’re being a faux-intellectual and anti-mainstream. Or at least that’s the viewpoint of the hater. Actually, for me, that means the tag is finding games that are smart, indie and liberal, which is exactly what I want. 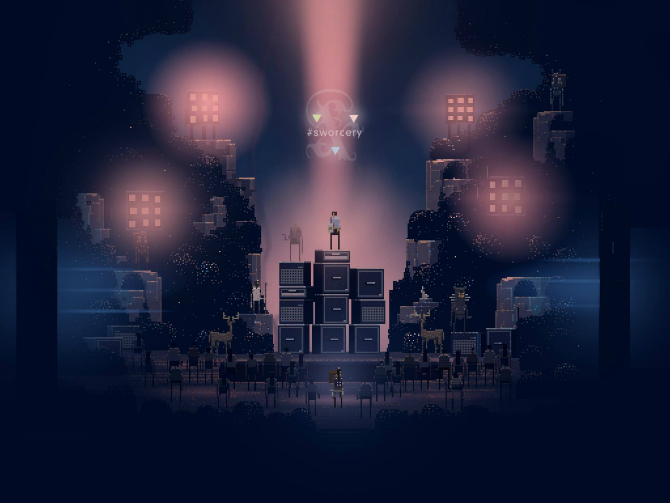 Capybara’s Nathan Vella admitted that his game had been tagged as hipster bullshit, though he didn’t seem upset by that appellation. To be fair, with its concept album style, pixel art, pandering obsession to a musician no-one’s ever heard of, minimalist story and gameplay, and frame-breaking narrative devices, Sword & Sworcery not only established the Hipster Bullshit genre, but set a very high bar for any subsequent challengers. (Though Kentucky Route Zero is making a good fist of challenging it.) 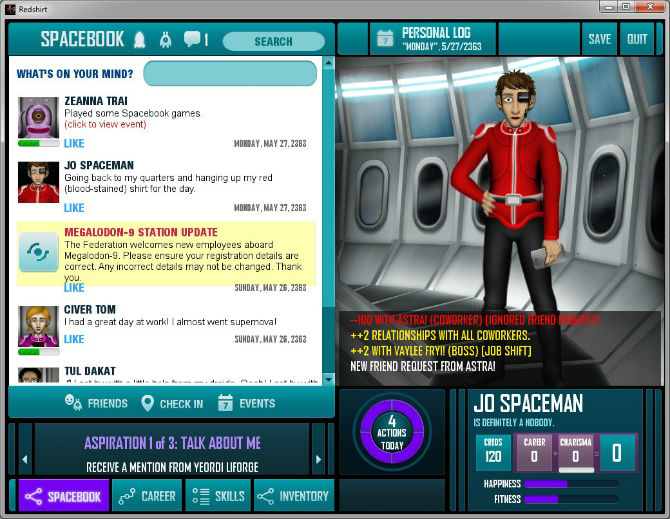 Our own Mitu Khandaker was the other Develop attendee whose game had been tagged as Hipster Garbage. It’s hard to see why Redshirt has been called that, but maybe that’s because I’m bearded white man who lives in Islington, drinks expensive coffee and regularly fantasises about making friends on the Starship Enterprise. Perhaps this sardonic commentary on the increasingly-impersonal and automated fabric of our lives offended some people by masquerading as a spaceship sim? Perhaps the terrible crowdsourced puns gave too much of an impression of smugness? 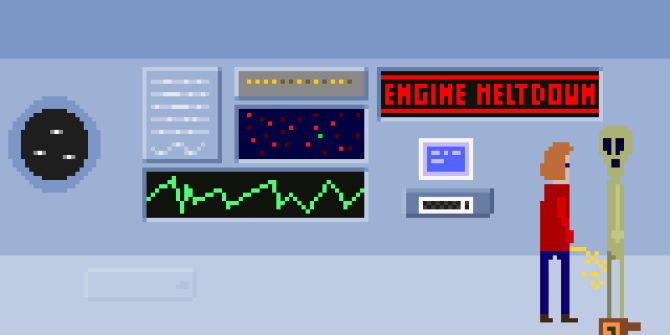 Given my inability to access the ‘indie garbage’ tag any more, the only other game I can find that was definitely tagged as such is McPixel. This rapid-fire point and click game has you running through a set of pixel screens trying to defuse bombs before they go off. It’s silly, obscure, indie and cheap – you could even get discounts on the game for sending them videos of yourself. Again, it’s a one-note joke stretched out so far that it turns into weird performance art, but it’s a fine insight into what the world thinks hipsters like.

Scott Pilgrim Versus The World: The Game 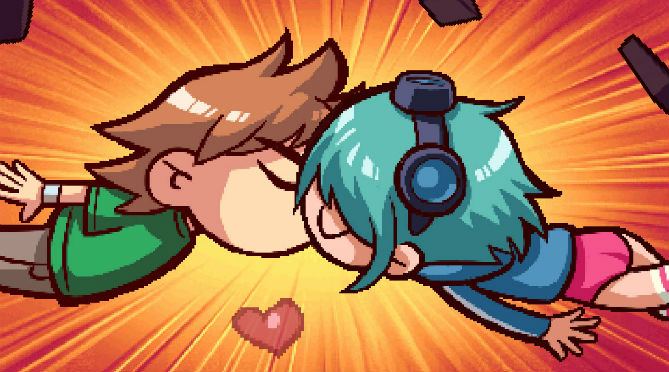 A game so hipster that it’s a game of a movie of a comic that references games and comics too much. And it’s not even on PC! Why am I even talking about it? Because I’m an hipster and for the audience reading this, it’s obscure.

Yes, this is a hipster game. Or rather, it has one hipster sequence in it, where Commander Shepherd can bore the Asari serial killer Morinth to death whilst talking about how obscure his taste in music is. Heck, even Morinth herself is a hipster monster, only feeding off artists and creatives, shunning mainstream prey, and lounging around in bars. 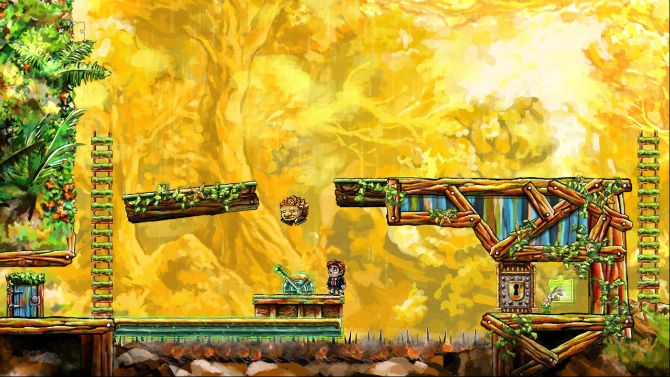 Jonathan Blow’s debut was ostensibly a puzzle-platformer with a superb set of time-based mechanics. But when Blow started talking about the inspiration for the game, you got an inkling of hipster. After all, it was based on the gloriously self-referential and varied Invisible Cities by Italo Calvino, and riffing off Alan Lightman’s time-based riff on Calvino, Einstein’s Dreams. And then came the persistent theories that the plot was all, in fact, a metaphor for creation of the atom bomb. 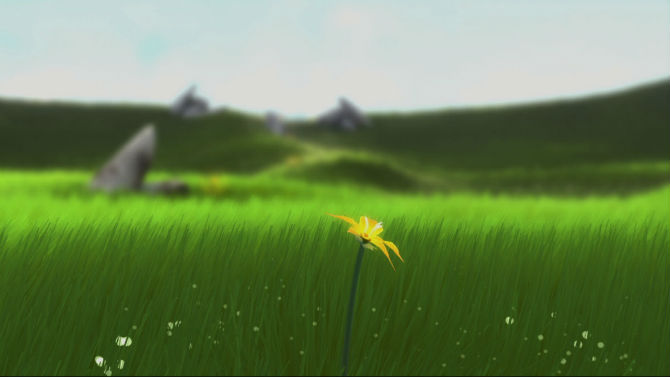 It’s hard to choose between thatgamecompany’s last two games in the Hipster Garbage state, but Journey’s just got too many traditional game mechanics to be tarred so effectively. Flower, on the other hand, is exactly the sort of game that demands sitting on a sofa with a stoner friend and just destroying those evil urban girders with your flower power. Sadly, it’s only on Playstation, which isn’t quite obscure enough. 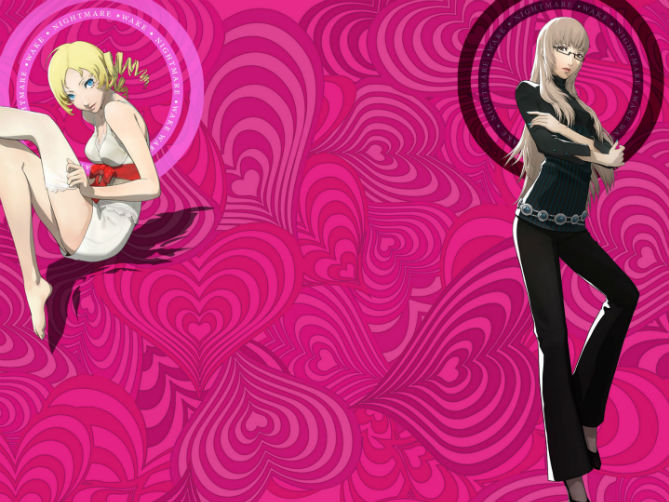 Again, Catherine is a console exclusive, but it makes up for that with a perverse and weird game system. Taking place entirely in a TV show, the cel-shaded game follows Vincent, a man who’s dating a girl called Catherine and having an affair with a girl called Katherine. Or it might be the other way around. Anyway, men in his town are dying mysteriously in their sleep, and Vincent himself is struggling every night. In his dreams, he has to endlessly move blocks and talk to anthropomorphic sheep before battling terrible monsters. During his waking hours, he hangs around in a bar and wonders which girl to text. That’s it. 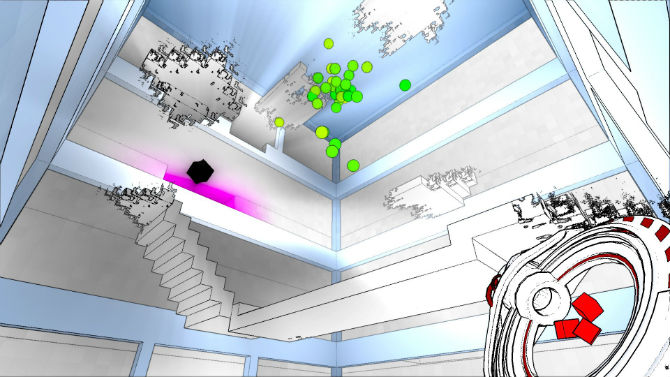 Demruth’s first-person psychological puzzler hasn’t made this list for its unique aesthetic or its puzzles – though they have the crazy cleverness of some hipster games. No, it’s the idiot aphoristic signs scattered around the game that sound like they were taken from the Little Book of Calm and/ or the creator wasn’t sure how amazingly dumb you were. “Complicated problems are easier when solved one step at a time” one says. Well, duh. “When you look beyond the surface, there may be more to find.”

Anything by Ice Pick Lodge 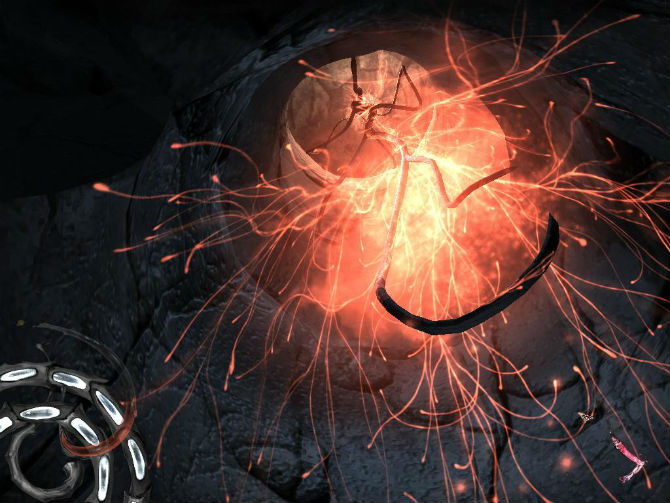 From their first game, Pathologic, Ice Pick Lodge have released bizarre frame-breaking games that are exactly what hipster-haters probably think that hipsters want to play. Pathologic was a Kafka-esque bureaucracy simulator, where you tried to survive a week in a surreal town that was falling apart, which also seemed to be a play, where the characters spoke straight to you, confusing your protagonist. The Void was a bleak crystalline world where you sucked colour from enemies and plants and farmed it for use as weapons or tools. Cargo! was insane. I’m having trouble describing it. And Knock Knock was a really damn scary hide and seek simulator. They’re obscure, weird, offputting and unpopular. If only they’d been pixelated!

Obscure games that have only been released in Japan

Let’s face it, until someone started releasing games like Recettear, 99 Spirits and Long Live The Queen on Steam, you only played visual novels if you a) lived in Japan or b) spent the wee hours of the morning deliberately trawling through the obscure corners of the internet for the strangest titles around, like a Silk Road chemist in search of a new high. But still, there were people who would dig out games like Princess Maker with fan translations and play them, just so they could say that they had.