Garry Newman on indies, cannibalism, and Facepunch’s other projects

Garry Newman is best known for his multi-million selling Garry’s Mod, a sandbox expansion for Half-Life 2. However, in recent years he’s moved into development proper, setting up Facepunch Studios to work on games like the zombie survival sandbox Rust and several other projects. We caught up with him to ask about the topics of the day.

You’ve never been a traditional developer, nor part of the indie community. How would you describe yourself?

Garry: I don’t know, I’m probably closer to a modder than a traditional developer. I’ve never worked in a real game studio.

Does that make any difference to your skillset or outlook, do you think?

Garry: I think it makes a huge difference. It’s a bit of a culture clash when you work with people that are from the the real game development world. Modders tend to be self sufficient, multi-skilled, self motivated. It can be hard for people coming from a traditional game development world to fit in here. A lot of developers are institutionalised and they don’t realise it. They have a very “not my job” attitude – instead of a “lets get this shit done” attitude. They’ve got used to a system where you float around for three years before your game gets into the players hands instead of knocking something up in a week and getting reactions.

What’s your view of the indie community and the crises it’s repeatedly experiencing? 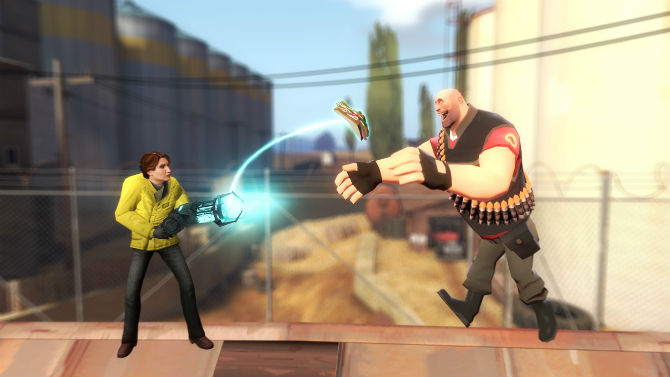 I agree that indie is a mostly-useless phrase – it’s mainly used for marketing and self-identifying these days. Yet the Steam ecosystem has been suffering in recent months, with pile-‘em-high-sell-‘em-cheap games taking over the front page. Several indies have reported declining sales to me. What’s your experience of this been?

Garry: We haven’t experienced any kind of decline. Our visibility on Steam’s front page is irrelevant to us. To me it would be pretty counter-intuitive to expect Valve to make every game visible on the front page of Steam. If your game isn’t selling it’s your fault – not Valves. 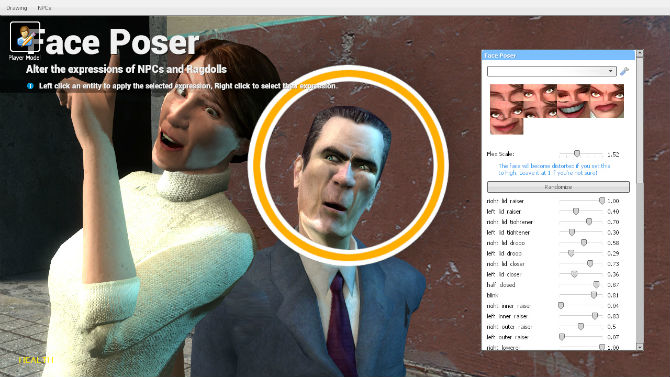 At moments, the volume of titles makes Steam feel more like an app store, like Apple iTunes or Google Play. Does that worry you at all?

Garry: Not at all. My attitude is that we’re doing what we love doing, we’re making enough money to keep doing that for the foreseeable future. Why would I care that people are releasing shitter games?

The Rust code was originally based on Cash4Kills, a Hitman style game. Do you have any plans to revive that?

What other projects are you working on, other than Rust?

Garry: We’ve got a few prototypes in the works. There’s nothing really that’s ready to talk about. Some of the guys working on prototypes have started posting weekly devblogs on our website.

Yes, I’ve noticed that you’re doing an awful lot of direct comms with your community, and almost no marketing / PR / press outreach, very similar to how Mojang operates. Is that a conscious decision?

Garry: This is just how I’ve always done things. If the press is interested they’ll pick up on it. The devblogs let everyone in the company follow what everyone else is working on. The fact that they’re public is a motivator for people to post them, and gauge reactions.

Also, the two games you have on there – Deuce (a tennis game) and SpaceCunts (an arcade shooter with placeholder name after Trion’s lawyers stamped on the name RIftlight) – are much more arcade-y than Rust is. Was that deliberate?

Garry: It’s not a company strategy. We’re not deciding what games we make as a company. These games are the games that Ian and Adam want to make.

Why did you restart development on Rust?

Garry: It was something we always had in mind. We planned to put it out on Early Access then slowly update it. That went to shit when it sold so many copies on launch. We tried to update it incrementally but progress was way too slow. So we decided the best course of action was to completely bite the bullet and just restart from scratch. 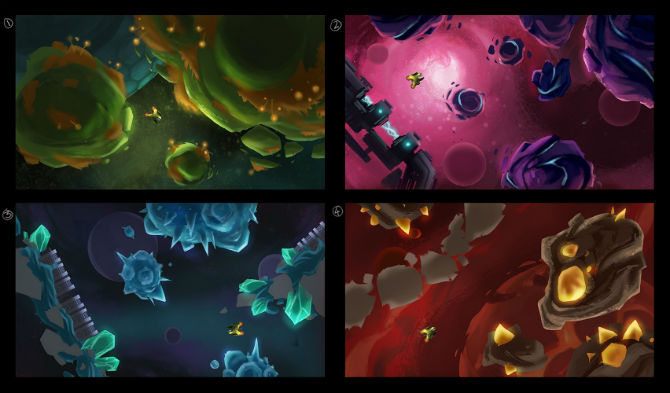 Was the code base just too messy to revamp it then?

Garry: It was messy, yes. It was something we could have handled and cleaned up as we went along. But with the sudden popularity we decided that we should do that sooner rather than later, so we can iterate faster.

What are the biggest changes you’re making?

Garry: Literally everything has changed. Along the way we’re adding new features, like swimming, procedural maps, cannabalism, pick picketing etc. Way too much to list.

Wait, cannibalism? I can’t think of a game that’s done that before.

How are you changing the UI?

Garry: The UI is HTML based. The old UI was terrible, it was all placeholder, and was made up as we went along. The new UI is designed to be future-proofed.

Do you mean by that, that it’ll work on any resolution, on any platform, even over to VR?

Garry: I don’t know how it’d work on VR.. UI is kind of tricky on VR. But yeah, it zooms really well. HTML/CSS have already solved a shit-load of problems that in-game UI systems struggle to handle. It makes a lot of sense to use it for UI.

How do players get to try the experimental branch of the game?

Garry: Just run Rust and it’ll as you if you want to try the experimental branch. They’re both shipped together so people don’t have to make a choice. They can check into the experimental servers to see what’s happening, and go back to playing legacy if they decide it isn’t ready.