Enter The Author: The Move to Literary Games

I was the writer on a game. Like many writers in games, I wasn’t brought in at the start, but towards the end of the project. My job was to provide a backstory, dialogue, characters, and descriptions for everything in the game. All of which the game had managed perfectly well without until quite close to release. And, to be honest, this was a more word-heavy, creative game than many out there.

By profession, I’m not an author but a journalist. So it boggles my mind to think how authors transition to working on games. After all, they’re the sole creative minds on their novels, the sole world-builder. They’re used to their characters jumping when they say ‘jump’. The only outside input they get is when their editor dots the ‘i’s before release.

By contrast, in games, lead designers, artists, programmers and ultimately the player have first dibs on whether the player jumps or not. For many games, plot and character are totally throwaway or even non-existent, mere peacock feathers. My friend Ed Stern is the full time writer for multiplayer shooter developer Splash Damage, a position that I find mindboggling. I can’t conceive of what it’s like to be the man who has to write a thousand variations on “Medic!” and “Over there!” every year.

Of course, many games do have richer plots. And Bioware, Funcom, Daedalic, Obsidian, and many other studios involve writers from the beginning of design – or even have multi-classing writers as their design leads. For example, Obisidian’s Chris Avellone writes comic books, while Arkane’s Harvey Smith recently published a novel.

Yet published authors have more rarely travelled the other way. The other day, I stumbled across one of the first authors who made the leap. This is the late, lamented Douglas Adam’s grave in Highgate Cemetery. 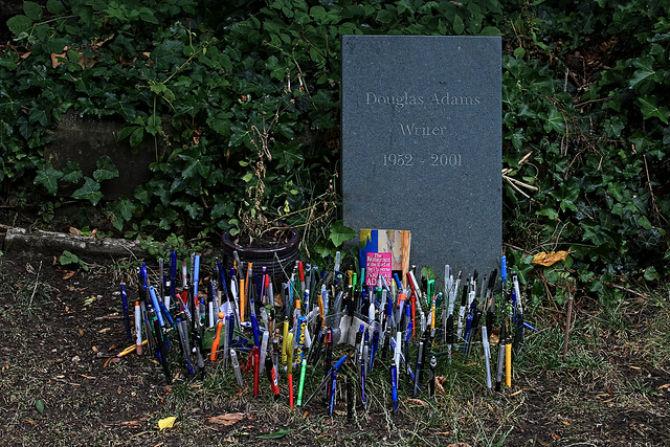 As well as being the author of The Hitchhiker’s Guide To The Galaxy, Adams famously was a tech enthusiast, who collected computers, played games and evangelised the future of VR and tech. He wrote three text adventures himself; the Hitchhiker’s Guide To The Galaxy (play it – here ), Starship Titanic (available online as an alphabetised novelisation - here) and the satire Bureaucracy.

As he told Commodore Power/Play after his first game, “With most of the games, I was very much aware of the fact that they were written by computer people who had branched out into writing. I wanted to be one of the first to come from the other side of the tracks. While I was writing the (Hitchhikers) game, I frequently had the feeling ‘I don’t think anybody’s ever done this before.’ It’s very exciting working with this new medium, and I’ll be pursuing it further.”

The advantage in Adams’ day was that the text adventure, the most natural medium for a writer, was still widespread. Text adventures are still produced today and are, as the IFcomp illustrates, are probably the most mature, complex games around. But these games have not been mainstream or commercial since the early ’90s. Like all indie games their popularity is slowly returning, as visual novels or in other forms, but they still don’t pull a huge audience.

So it seems there’s a choice for modern authors, between working in an unpopular format or collaborating with studios to reach an audience. If they choose the latter that means huge restrictions on the input they have on the game. Even in story-heavy games, the critical path is often determined by level designers keen to get particular mechanics and settings into the game. 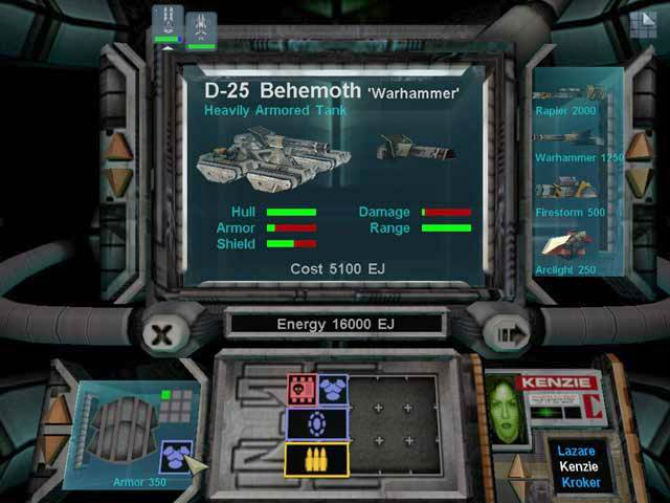 Not that these limitations have put authors off. Adams has been joined by many authors over the years, most of whom have worked on more action-oriented games – Warren Ellis (Hostile Waters), Cliver Barker (Undying), Orson Scott Card (Advent Rising), Christopher Brookmyre (Red Bedlam), Harlan Ellison (I Have No Voice But I Must Scream), R.A. Salvatore (Kingdoms of Amalur) and soon Neil Gaiman. Looking at this list, it’s notable that these are all writers of pulp, whether as science-fiction, fantasy, horror or comic book – and, of course, they’re also all men.

Very few female and/or literary authors have made the jump. Which is what makes Orange Prize winner Naomi Alderman such an exception. She has written games since she was 11, wrote her first novel at 15, won the Orange Prize at 32 for her novel Disobedience, and has worked on the story-heavy Zombies, Run! exercise game since 2011. I asked her about her first experience. 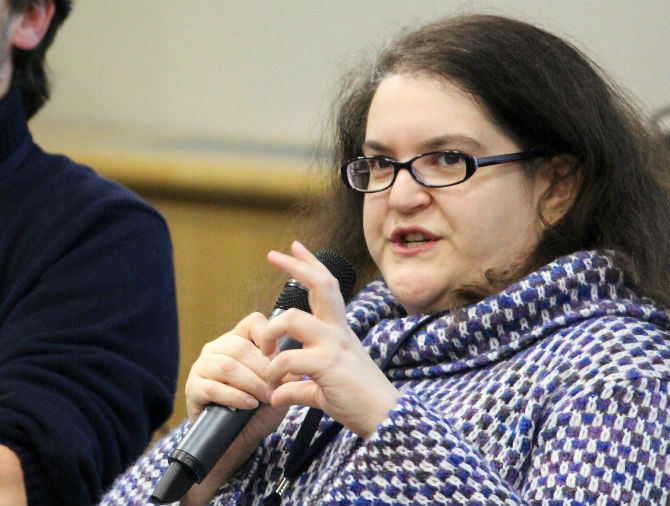 “When I was about eight or nine, I have a distinct memory of going to the Puffin Roadshow to walk through exhibits about my favourite books and get a book signed by Quentin Blake, and there was a bank of computers on which you could play text adventures. I understood it immediately: these were books you could walk into. Straight through the wardrobe to Narnia. Like a lot of children who spend their lives in books, that was what I really wanted: to enter the book. To feel its waters closing over my head.”

Notably, Alderman explicitly rejects the old distinction between high and low culture, that was most explicitly stated by John Stuart Mill. “So, I didn’t really know then that literary novels were “high culture” and games were “low culture”. I read Lord of the Flies and I played Zork and I loved them both. I read HHGG and I played the game and I loved how they were the same and different and I didn’t know that the book version was supposed to be somehow “better”. I just liked what I liked.”

Alderman herself has worked hard to get other literary authors into games, getting guest episodes for Zombies, Run! from Margaret Atwood, Elizabeth Bear, Joanne Harris and Emma Bull. She also points to Kate Pullinger, Julian Gough and Steven Hall as literary writers who’ve made the jump into producing games. “I suspect that it’s publishers who are nervy about new technology rather than authors. Creative people tend to love playing with new technologies in their field. Digital media is a revolution for writers like oil paint was for artists: suddenly the thing is mouldable, it doesn’t need to set so quickly, you can get new effects and create new responses. I bet many authors would be *thrilled* if their publisher were to pair them with a technologist to make cool stuff.”

And Alderman points out that the market is changing rapidly. As I alluded to earlier, the indie revolution, digital distribution and the ubiquity of free tools, has meant that many genres are being
revived or created. Even Steam saw its first text adventure the other day. And the variety of games is increasing. “I think games are entering a very exciting ‘literary’ and ‘art’ phase, where you can not only make games that deal with deep meanings (which people have always been doing) but also make money out of them, through platforms like Steam and PSN. Journey, by That Game Company, is a poem of a game, a deep meditation on respect for others, on how we interact with the places we live and in the end on death. Passage, by Jason Rohrer, is a short and meaningful game on how we live our lives. Kentucky Route Zero is astonishing, miraculous – I’ve been playing it recently on a trip around the Arctic thinking to myself, for example, ‘how can I write characters who are like Junebug and Johnny?'” 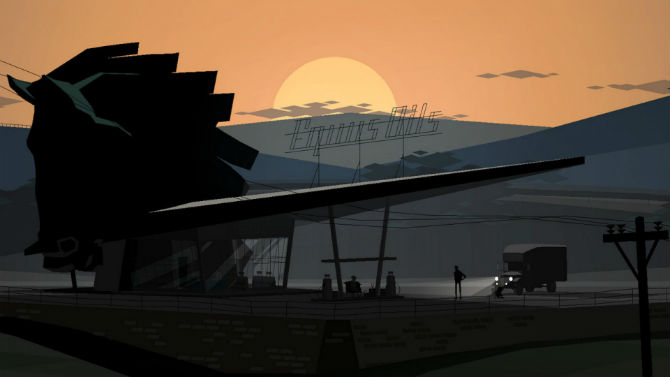 This shift to the indie side has removed many of the constraints that the AAA games put on the primarily male, fantasy writers I mentioned earlier. Alderman doesn’t feel that writing for Zombies, Run! is that different from writing novels. “The process isn’t too different for me, really. There are particular demands of game-writing; in Zombies, Run! of course the player’s character Runner Five must always be running, which puts a certain strain on the writing! I’m very inspired by the Oulipo writers, who talked about the ways constraint can aid creativity. And the process is far more collaborative. In this sense it’s more like writing an opera or a musical, where you have to consider the librettist, the actors, the needs of the theatre, the costuming, the set designers. Of course for a while people didn’t think musicals could be literary, and then…. Sondheim.”

And it’s also opened up the market so that these author’s games can succeed. A literary game like Device 6, which is essentially a text adventure that turns the text into the world, would have been a failure with that hardcore community that loved the Clive Barker games. But on iOS, today, it was a success. Perhaps as a new field games can be a place where literature and pensive creativity can finally eliminate the stigma of high culture – and can finally be truly mainstream.