For a game developer, reputation is everything. However charming, handsome and pleasant you are in person or on screen, however technically gifted you are at instantly turning ideas into code into games, if you’ve screwed up your reputation, you may as well give up now, because no-one will buy your game.

Most game developers I’ve met are good people. They’re creative and excited, keen to turn the strange ideas into their head into the nearest-to-reality that they can. They may not always manage a 1-to-1 conversion, but most of the games I play end up fun enough – and a lot better than they did ten years ago, pre-Unity.

So how can we end up with situations where game developers can become pariahs? Where you’re known not because of the great games, you made, but because of that one game, or that one thing you said.

Look at Peter Molyneux. Whilst he was at Bullfrog and then Lionhead, he was famed for making hyperbolic statements about his games – we all remember the promise of co-op and growing trees in Fable. We forgave him, because his games at Lionhead were good, especially Black & White and Fable, and because he was charming and erudite – yet there was always a question-mark over his tendency to overpromise. A BBC article from 2004 revealed he was aware of it. It said that after Fable “Mr Molyneux said the experience had forced him to reassess whether he should be talking to journalists about games when they were still at an early stage of development.”

As it turned out, he was overpromising on the reassessment too. Nearly ten years later, when he left the constraints of Microsoft, Molyneux set up an indie studio called 22 Cans to release an experimental game called Curiosity. It was a game where you clicked on squares to get to the centre of a giant cube to get a secret prize. With this, Molyneux’s grand claims were greater than ever.

He said “what is inside the cube is life-changingly amazing by any definition.” As I’ve said, I like him, so I enjoyed going to multiple game events where he would tell us how wonderful this surprise was going to be. We were all intrigued, if a little unsure. Even his wife was skeptical, as she told Wired “I don’t know what’s in there that would be worth it. Peter says it is, but it’s hard to believe.” 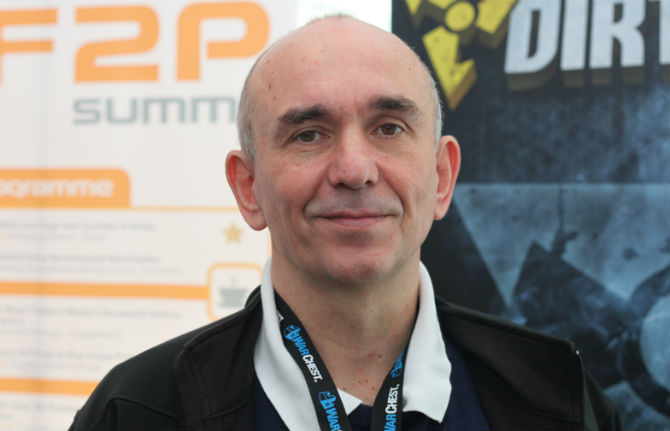 She was right; most of the plans and claims he made for the game were never brought to completion. For example, he told Eurogamer; “You see, this technology we’ve got is amazing. It’s all about persistence. Curiosity tests about connecting people together. But it also is about persistence. That’s a clue. You’re not just doing things in the cube. You don’t realise it but you’re doing something in something else as well at the same time.” Whatever these things were, never emerged. In the end, it was just a boring pseudo-social clicking game.

Curiosity led to Godus, a reboot of Populous. The winner of Curiosity got to be the god of Godus; a fun prize, but not exactly life-changing. I kickstarted it, giving him the last benefit of my doubt and a wodge of cash. Then he announced the game was going to be free on mobile. So what did I pay for? Then it wasn’t free. I was confused, but happy again. I downloaded it on Steam, played it. It was Populous as a clicking game. A really frustrating, slow, clicking game.

Gradually I realised that not only was Molyneux over-promising, because he as he always had, but his concept of what constituted a good game had changed somewhere in his journey to being an indie. He really just got a kick out of clicking on things. And the audience he’d brought with him from the big ideas and gloriously-built worlds of Populous, Fable, Magic Carpet, Syndicate, and Black & White. well, for them, it just didn’t click.

Admittedly, some developers make hay out of this. Derek Smart, of 3000AD, has maxed out the Peter Molyneux skill of ‘promising the moon’. When I interviewed him for RPS two years ago , he said to me “A man has to know his limitations. I don’t. Being aware of my limitations would mean I set a goal for myself that’s unachievable.” Smart’s iterative space games have reviewed poorly year-after-year, yet they keep selling and he keeps going. That’s almost certainly due to the endless publicity that Smart gets. Like Molyneux, he always has big promises. Like Molyneux, he’s happy to admit he doesn’t deliver – but he always promises that he will next time. And if you question that, in a comments thread or in a small forum somewhere, he’ll unashamedly hunt you down. And everyone on that forum will remember Derek Smart. It’s sort of admirable. 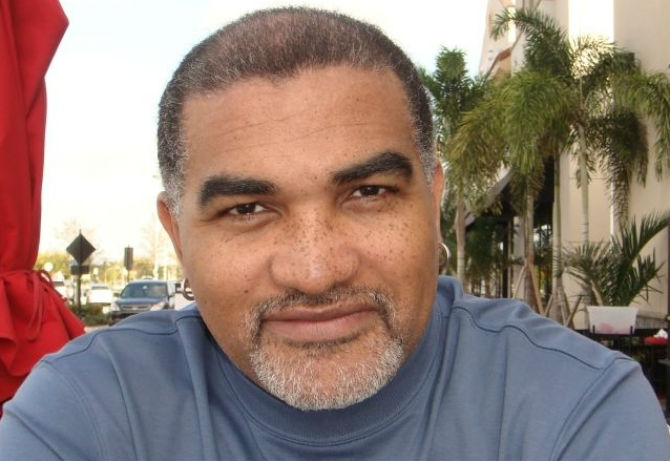 Both of these developers are not badly-intentioned – they’re just enthusiasts (with a touch of the fantasist), who can draw you into that enthusiasm with them. That’s a sign of the greatest creative developers – Tim Schafer, Ken Levine, Richard Garriott and Ed McMillen all have it in their personas. The difference is that they’re perceived to have mostly delivered on their promises. With one good game where they don’t overpromise, Molyneux or Smart could completely repair their reputations – and the game after that one would have enough goodwill to be a success.

Pity then John Romero, Doom’s level design genius, whose successor game Daikatana was personally associated with him through an aggressive hype campaign. Any gamer of that era will remember the “John Romero’s about to make you his bitch” adverts. The game was heavily delayed, but on release in 2000 the aged engine and awful AI badly damaged his reputation, as he was so closely associated with it. Romero regretted it all. “While the game could have been better on a number of levels, that ad and the hype that preceded and followed it was clearly a marketing failure and that was followed by my failure to stop it. Even if I had come out with a brilliant game, it wouldn’t have mattered. The ad nearly insulted everyone who read it.”

The sad thing is that he’s not produced anything since then to repair that reputation. Garriott’s rep was damaged by Ultima 9, and though Tabula Rasa was ultimately a failure (though I personally enjoyed it), at least it showed he could make an original, modern game, giving us hope for Shroud of the Avatar. The nearest Romero has come to that is the mediocre Gauntlet: Seven Sorrows in 2005. After that, he doesn’t seem to have released anything worth talking about, and nothing showing that charming, irascible personality. But if he did, even just something average, we’d welcome him with open arms.

So really, the ones whose reputations stay dead are the ones whose unrecalcitrant malice and / or incompetence has been shown up. Look at the way Atari never recovered from the disaster that was E.T., a game which exposed the company as complacently money-grabbing and by itself precipitated the crash of the North American gaming market.

More recently, look at Hammerpoint Interactive, developers of the War Z. This was a game named after a book it hadn’t licensed, timed to release near a similarly-named blockbuster film it also hadn’t licensed, stealing its design and mechanics from a superior game – Day Z – that hadn’t quite released. Given that cynical tie-in, when it released on Steam, it rapidly became the top-selling game.

…before the complaints started coming in. And they weren’t from the licensors.

The game simply wasn’t as described . The developer claimed 100 square kilometres to explore – but PCGN’s Steve Hogarty measured it and found it was about 10. No skills, full of bugs, horrible real-money transactions throughout the game, much tighter player numbers than advertised, minimum specifications that were higher than the maximum specifications. the list went on and on. And Sergey Titov, War Z’s executive producer, didn’t seem to understand (or particularly care) that lying to your customers was a bad thing. 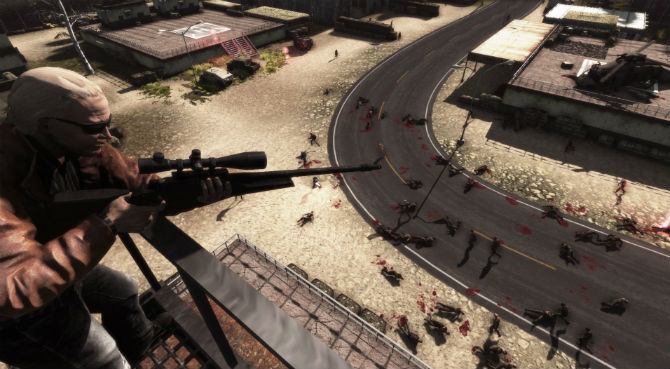 The reviews landed rapidly. PC Powerplay gave the game 0/10 – for the first time since the magazine launched in 1996. Rich Stanton of Eurogamer gave it 3/10 and hit the nail on the head with his review. “…a very basic and ugly game made by a company that is both dishonest and incompetent. Combining disgraceful ethics with endemic failures of design, The War Z is a real disaster.” The game was pulled from Steam by Valve themselves and refunds offered. It was forced to change its name and spend another year in development. Finally, it re-released quietly on Steam at the end of last year under the name Infestation: Survivor Stories, with an amazing raft of 1/5 reviews. 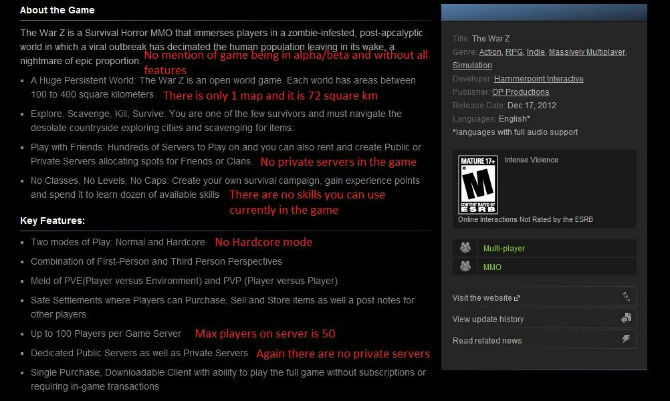 Players are now wary of any game even resembling War Z, as the developers of the too-similar Nether found. Which goes to show that Hammerpoint Interactive, OP Productions and Titov were fortunate that their names weren’t more closely associated with their disastrous game. (Titov actually has history, having been a developer on one of the worst games of all time, Big Rigs: Over The Road Racing. His is probably a name to remember.)

What lessons can we learn from this? Simply put, people will forgive anything if they think you aren’t ripping them off and they think you’re making a game in line with your prior reputation. If thatgamecompany started making bloody hack and slash games, they’d lose the audience from Journey. If Miyamoto revealed Sexy Mario, he’d be sacked. If Ed McMillen started doing pay-to-win IAPs, we’d never buy that game. But all these are forgivable; cynically ripping off your customers isn’t. Those developers are thankfully far and few between – but their reputations are universally mud.